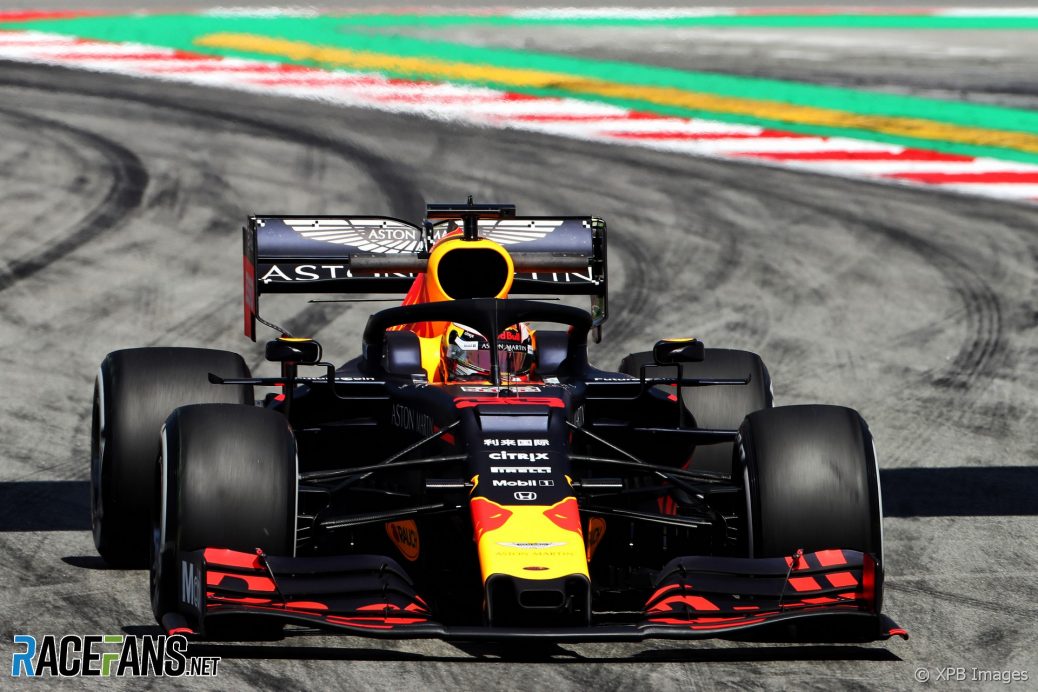 Max Verstappen says he had no chance to beat the Mercedes in qualifying for the Spanish Grand Prix but was glad to out-qualify one of the Ferrari drivers.
“But Mercedes was just too quick the whole weekend,” Max Verstappen added.
Verstappen says he is pleased with the balance of his RB15, as he has been for much of the season.
Max Verstappen: “We upgraded it and the car again is a bit quicker over just general grip but it’s still not where we want it to be.”