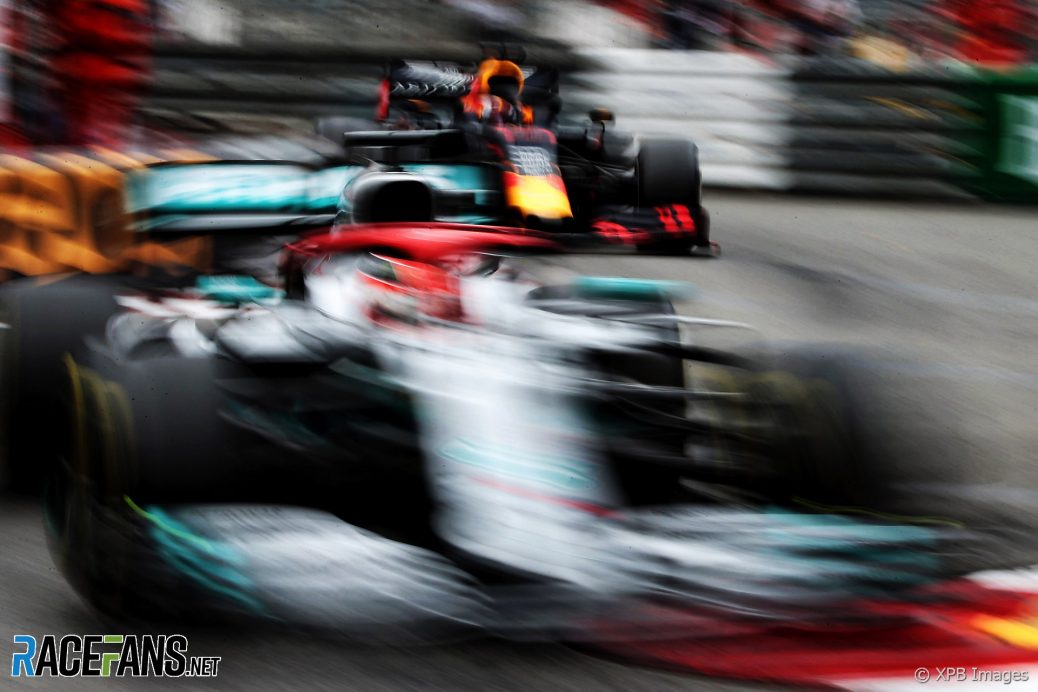 Max Verstappen said his penalty for tangling with Valtteri Bottas in the Monaco Grand Prix spurred him on to attack Lewis Hamilton for the lead of the race.
“It fired me up,” said Max Verstappen.
Max Verstappen: “As soon as I heard the penalty I was just pushing Lewis really hard.”
Verstappen wasn’t able to pass Hamilton despite making contact with the Mercedes as he tried to claim the inside line at the chicane.
Red Bull: “I tried of course to brake deep into the corn, try and get ahead but around Monaco that’s anyway very hard.”