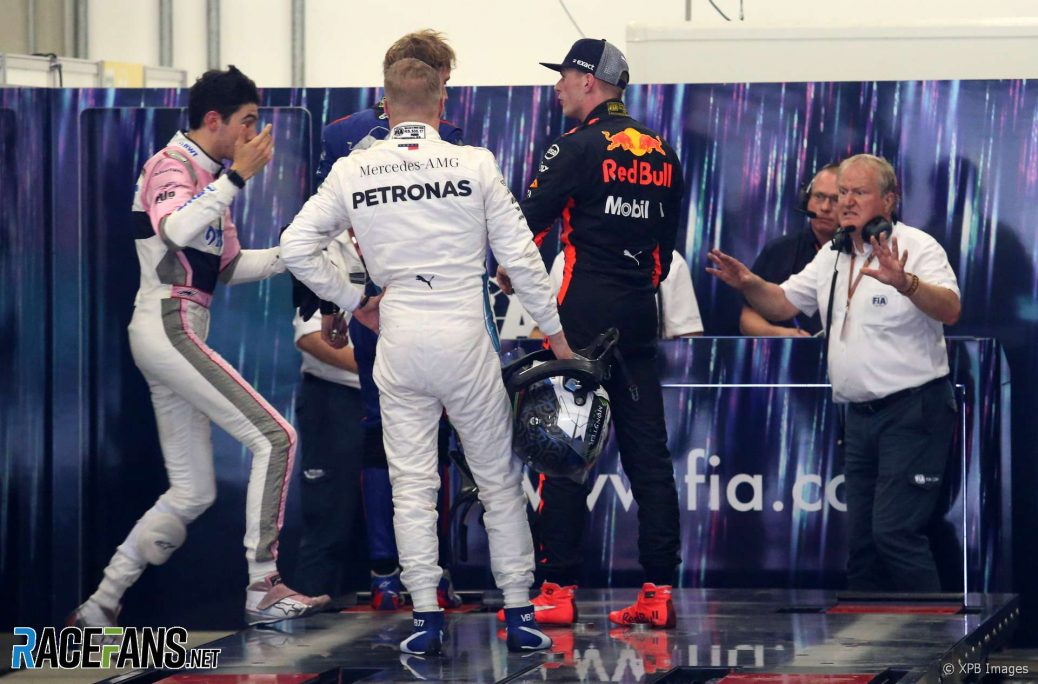 Asked during today’s FIA press conference whether he regretted his behaviour Verstappen said: “No not really, because I was after an apology and I got a bit of a different response.
Verstappen indicated he pushed Ocon because he was unhappy with his rival’s response when the pair spoke at the FIA garage after the race.
Asked what Ocon said to him, Verstappen said: “Something I didn’t expect to hear.
Verstappen said Ocon, who was on fresh tyres at the time, shouldn’t have tried to get past.
Ocon said he was sorry Verstappen lost his chance of victory in the collision.