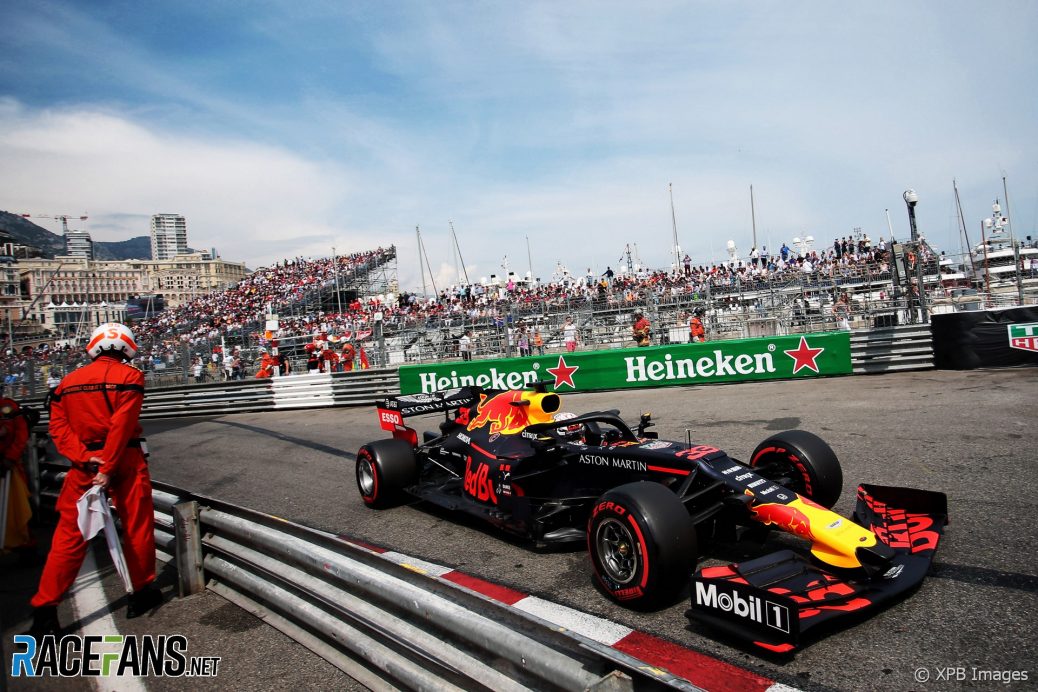 Max Verstappen has been given two penalty points on his licences for the incident with Valtteri Bottas in the pit lane during the Monaco Grand Prix.
However the stewards made it clear Verstappen’s contact with Bottas was the reason for the penalty.
“Car 33 [Verstappen] was released when car [77, Bottas] was well within the guideboards entering the fast lane.”
“The stewards believe that although ahead at the time the driver had the opportunity to avoid the contact contributing to the unsafe release.”
Verstappen’s time penalty dropped him from second to fourth in the race classification.