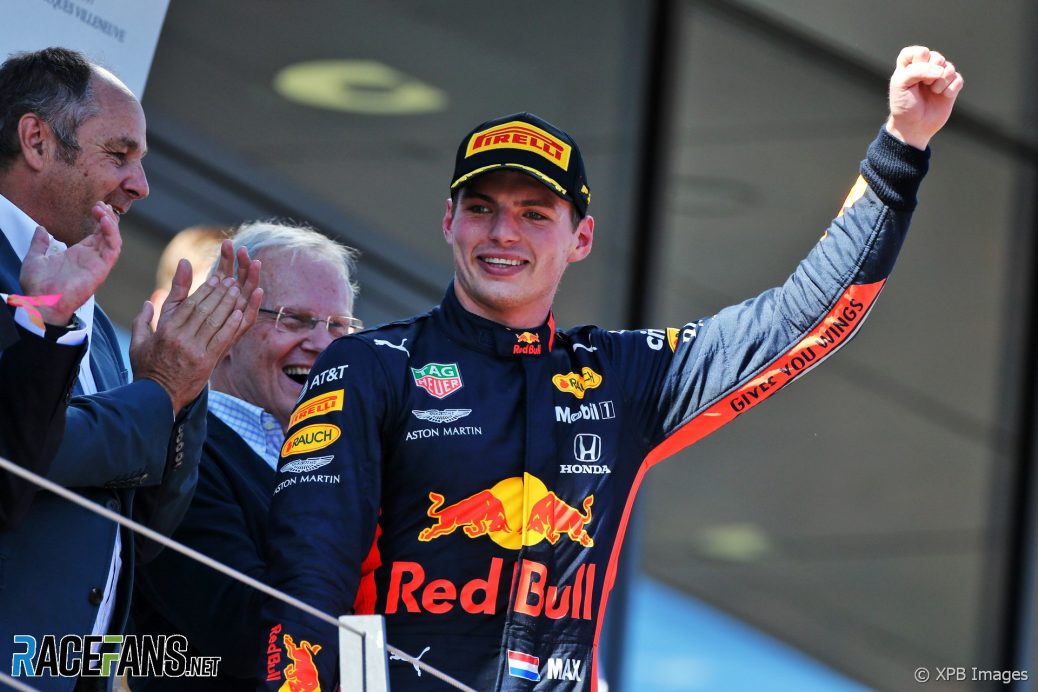 Max Verstappen has won the Austrian Grand Prix for he second year in a row after a controversial pass on Charles Leclerc in the dying laps of the race.
The stewards are investigating the incident, which left Leclerc fuming on the radio.
Verstappen started from the front row but made a poor start, losing five places and falling behind the Mercedes drivers and Sebastian Vettel.
Leclerc crossed the line 2.7s behind Verstappen and over 13 seconds ahead of Bottas as both Mercedes drivers struggled with cooling problems.