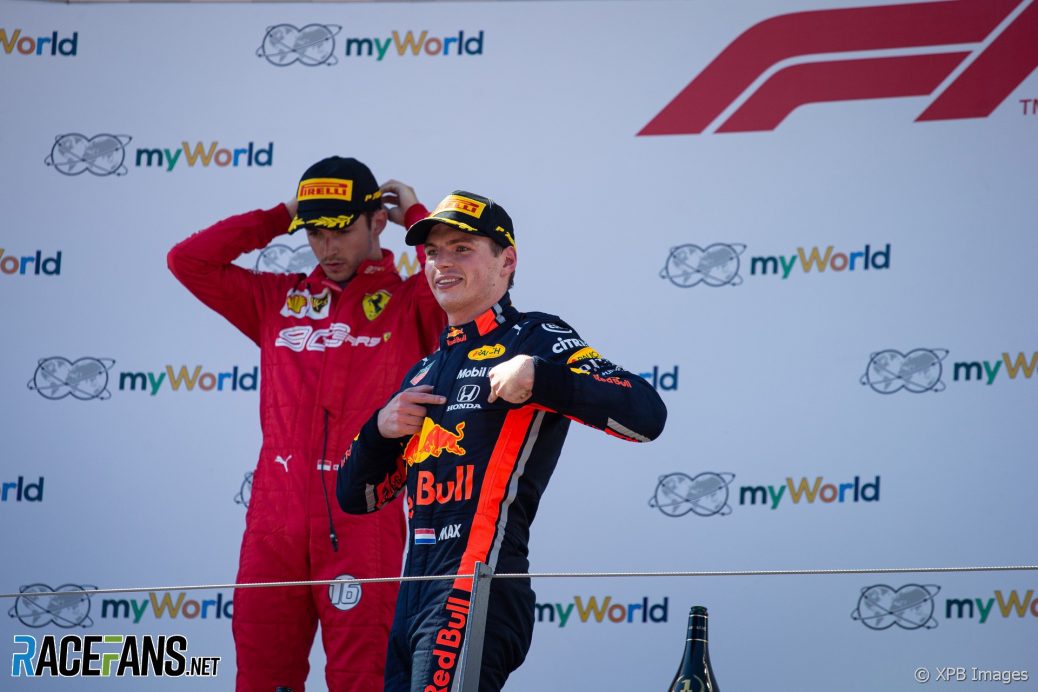 Max Verstappen defended his controversial pass on Charles Leclerc in the Austrian Grand Prix, saying it was “hard racing”.
“I think the second one I braked a bit deeper into the corner,” said Max Verstappen.
Max Verstappen: “We had a little contact of course, mid-to-exit of the corner but from my side I think it’s racing.”
“It’s hard racing,” Vettel said.
Ferrari team principal Mattia Binotto told Leclerc after the race “the win could be yours, the win should be yours”.
Charles Leclerc: “As Max said I think he braked a little bit deeper.”