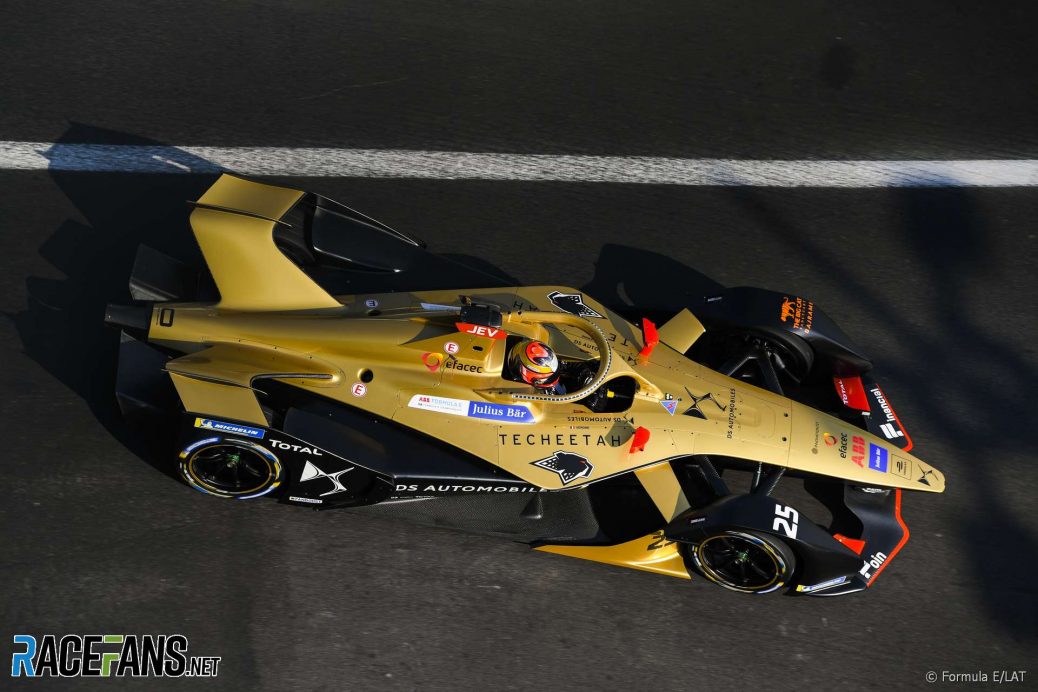 Jean-Eric Vergne has comfortably claimed his second Formula E title, as Robin Frijns took his second Formula E win in the season finale New York race.
Remaining title contenders Lucas di Grassi and Mitch Evans crashed each other out on a final lap collision, giving second place in the championship to Sebastien Buemi.
Vergne rapidly used Attack Mode to retake the position and they remained stuck together, as Evans managed to finally move to 6th – a gap that could see him bag second place from Di Grassi.