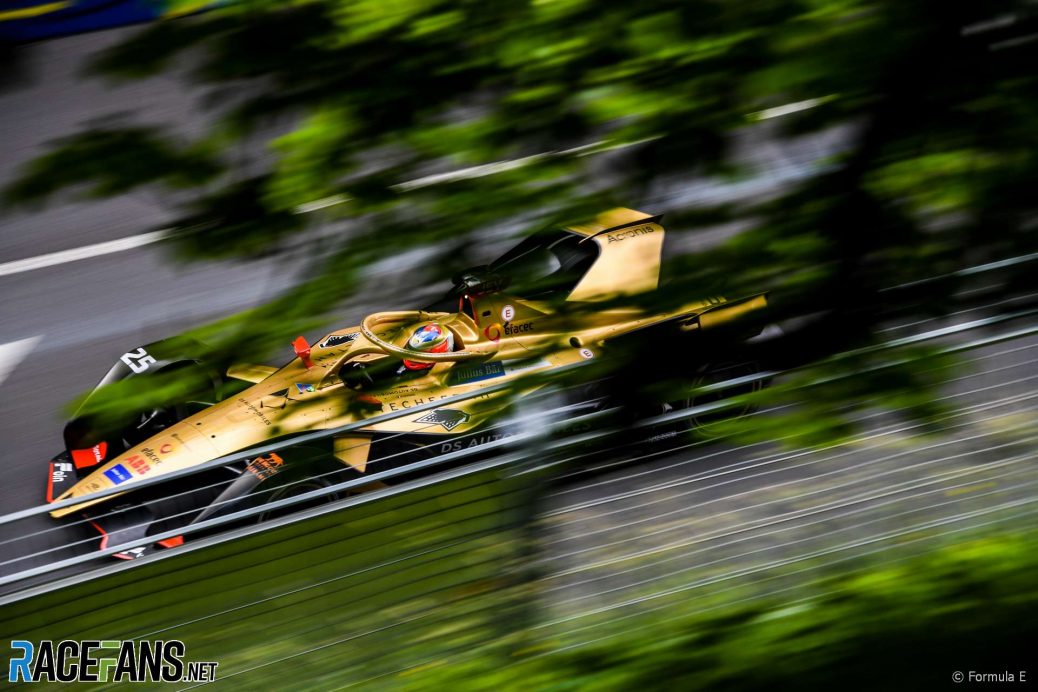 Championship leader Jean-Eric Vergne has taken pole position for the Bern EPrix, narrowly beating Mitch Evans one of 16 drivers still fighting for the title with three races to go.
The second qualifying group gambled with traffic nearly as much as the first, however, Mitch Evans (who won his first pole position at the Swiss EPrix last year in Zurich) pulled out the first sub-79 second lap to take what looked like a provisional Super Pole place.