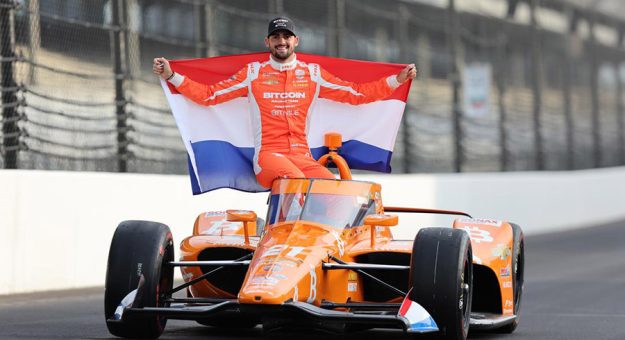 INDIANAPOLIS — Rinus VeeKay’s starting record at the Indianapolis 500 is quite impressive. In 2020, VeeKay became the fastest teenager in Indianapolis 500 history when he started on the inside of row two when he was a 19-year-old rookie with Ed Carpenter Racing. On Sunday, VeeKay easily transferred from the Fast 12 into the Fast Six. He posted the third-fastest qualification attempt with a four-lap average of 233.385 mph. “I was actually very happy with the run,” VeeKay told SPEED SPORT. I was happy with the car, as happy as we were all qualifying weekend in the Fast Six. I was lucky to have Ed Carpenter with me in the Fast Six and we are both happy. “That would mean a lot to be, actually,” VeeKay said.