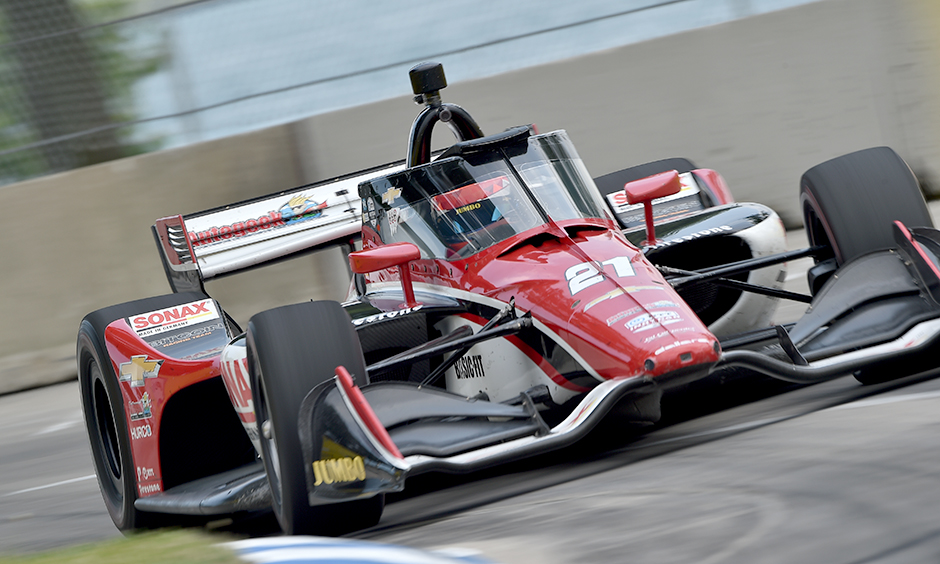 Just 17 days after breaking his collarbone, NTT INDYCAR SERIES driver Rinus VeeKay is ready to power through the G-forces this weekend at the winding and undulating Mid-Ohio Sports Car Course. VeeKay said roughly 15 miles into his ride on an ordinary biking path, his handlebars went sideways and threw him over the bike. VeeKay said he has leaned on Newgarden and members of his team who helped Newgarden find comfort in the car five years ago for advice. The Ed Carpenter Racing team spent last Monday testing new safety devices for VeeKay to use this weekend. The Kiwi racer told VeeKay about hyperbaric oxygen treatments, which helped speed his recovery. But have no fear, VeeKay said he isn’t cycling yet and likely won’t until the offseason. As VeeKay watched Askew race his car, VeeKay was adamant that his drive to win the Astor Challenge Cup starts anew at Mid-Ohio. At the end of the season, VeeKay said he will be happy with a top five in the championship.