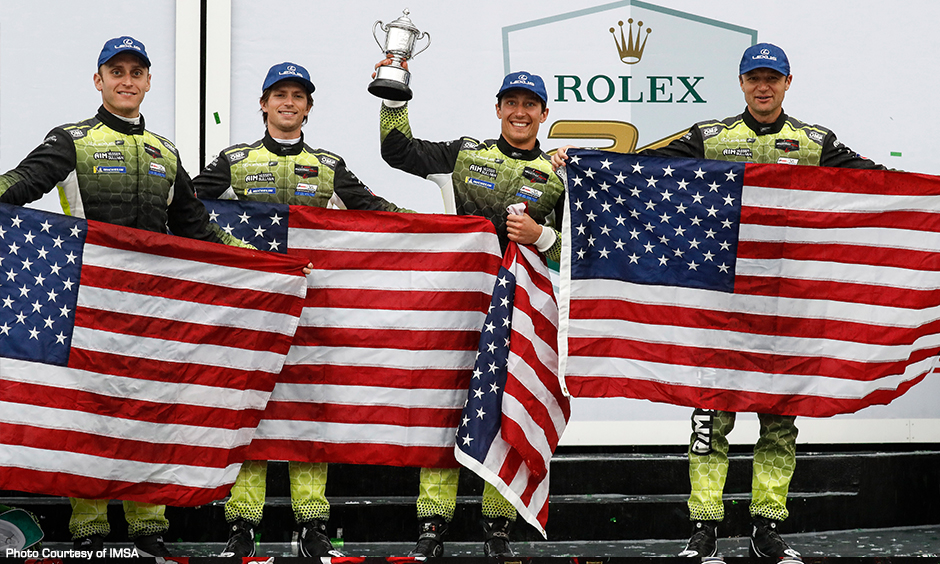 A great debut for the new AIM Vasser Sullivan team, started by NTT IndyCar Series team co-owners Jimmy Vasser and James “Sulli” Sullivan, became even better on Thursday.
“It seems no matter what Sulli and I do, we seem to have these successes,” said Vasser, referring to the partnership with Sullivan that yielded a 2013 Indianapolis 500 triumph with driver Tony Kanaan and a late agreement to partner with Dale Coyne Racing in fielding Sebastien Bourdais last year in the NTT IndyCar Series.
“You’ll see him as part of our Dale Coyne with Vasser-Sullivan squad,” Sullivan said.