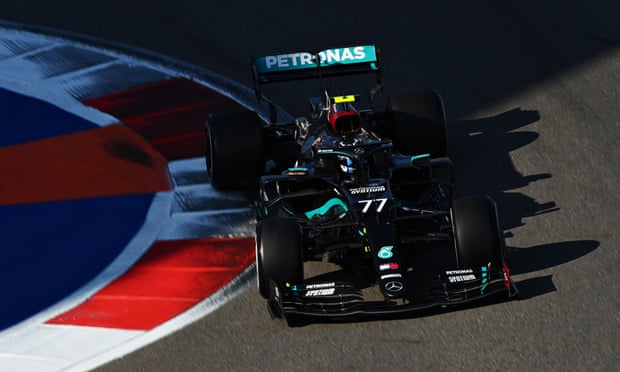 Hamilton was handed two separate five-second time penalties for an infringement of the rules during practice. The Mercedes driver performed a practice start outside of the designated area as he left the pit lane, and took the time penalty when he pitted on the 16th lap of the race. That left the world championship leader too much to do as he returned to the race in 11th place, but Hamilton fought through the field to come third behind Red Bull’s Max Verstappen. His Mercedes teammate was left to pull away, Bottas taking the chequered flag more than 10 seconds ahead of Verstappen.