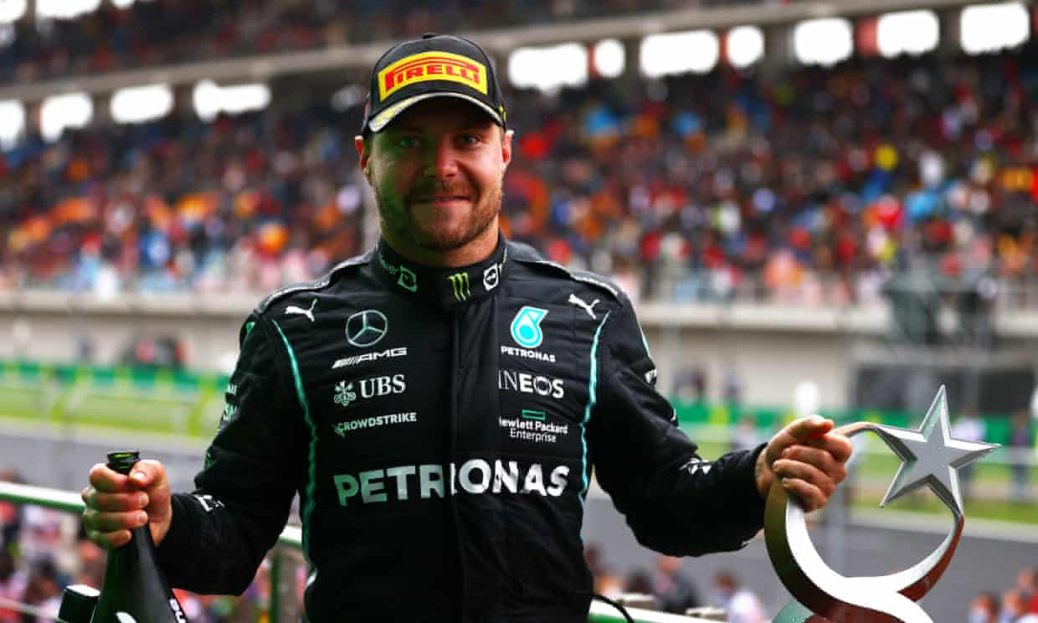 Behind him Mercedes teammate Lewis Hamilton put in a solid recovery drive to come back from 11th on the grid to claim fifth place and stay in touch with his world championship rival Max Verstappen. Bottas held his lead from Verstappen through turn one and Hamilton made up one place to 10th when Fernando Alonso spun off through turn one. Bottas remained 18 seconds ahead and Hamilton now had seven seconds to make up on Verstappen’s teammate Pérez in fourth. Leclerc was told by Ferrari he could make it to the end on his tyres and Hamilton believed he could stay out too. Hamilton caught Leclerc by lap 53 but was unhappy with his team’s call andreiterated that he believed he should have stayed out. His teammate, Bottas, sealed a superb win over 10 seconds clear of Verstappen.