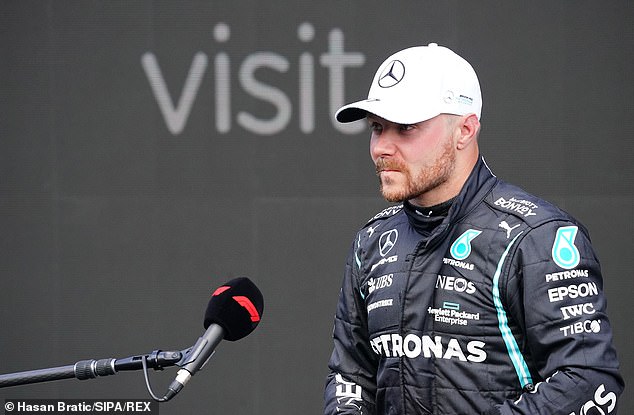 Lewis Hamilton could have a new team-mate before the end of the season, with a source inside the Mercedes camp telling Sportsmail they are losing faith in Valtteri Bottas. A swift change would open the door early for George Russell, the 23-year-old Brit who is favourite to take Bottas’s seat in 2022. Bottas, whose confidence looks shot, is in his fifth season with the team, during which time he has won nine races to Hamilton’s 44. He has finished third, fifth, second and second in the drivers’ championship in a mostly dominant car. After a disappointing race in Portugal, when he finished third starting on pole, an engineer at Mercedes, speaking anonymously, said: ‘There is some unrest at the factory about Valtteri.