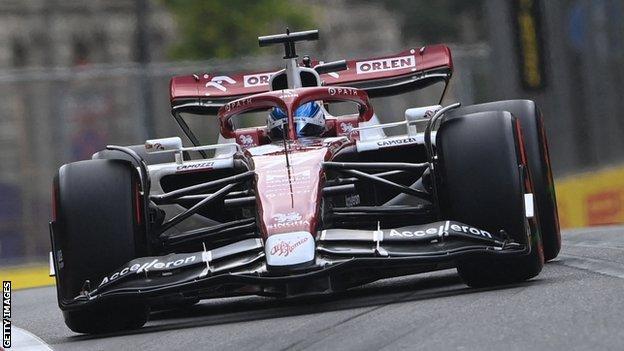 New designs to the cars for 2022 cause bouncing as they travel down straights. Lewis Hamilton said after Sunday’s Azerbaijan Grand Prix he was “worried” about the Canadian Grand Prix because of back pain from his car bouncing, but confirmed on Monday he would race. “I’ve seen how sore some of the drivers are after the race,” said Bottas. Hamilton’s team-mate George Russell – who replaced Bottas at Mercedes this season – said in the build-up to the race in Azerbaijan that safety was becoming a concern over the bouncing of the cars. Bottas told BBC Sport: “[I’m] not sure how sustainable that is in the future and we start to actually see injuries of drivers just by driving the cars – that’s not how it should be.