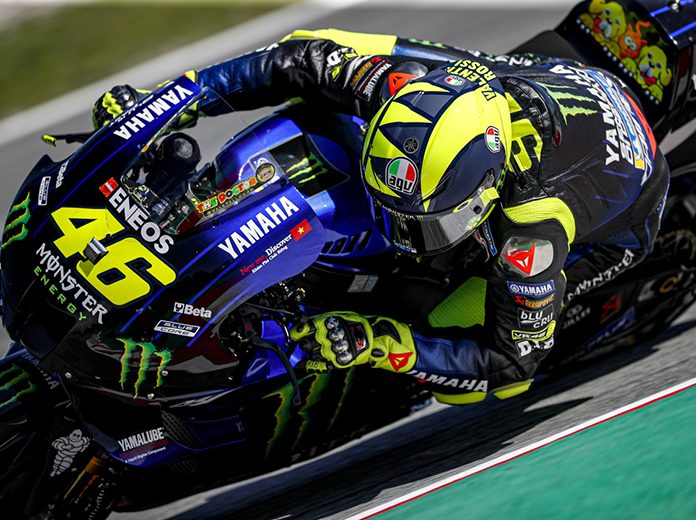 MONTMELO, Spain – Valentino Rossi will remain in MotoGP for at least one more year after signing an agreement to continue as a Yamaha rider with the Petronas Yamaha Sepang Racing Team. Rossi, who has spent most of his career racing for Yamaha in MotoGP, announced in January he would be leaving the factory Yamaha program at the end of the season. “I am very happy to continue riding in 2021 and to do it with the Petronas Yamaha Sepang Racing Team,” said Rossi. Fabio Quartararo, who is in contention for the MotoGP crown this year, was previously announced as Rossi’s replacement at the factory Yamaha MotoGP team. Rossi has competed in 15 MotoGP seasons with the factory Yamaha team, earning four MotoGP titles, 142 podiums and 56 victories.