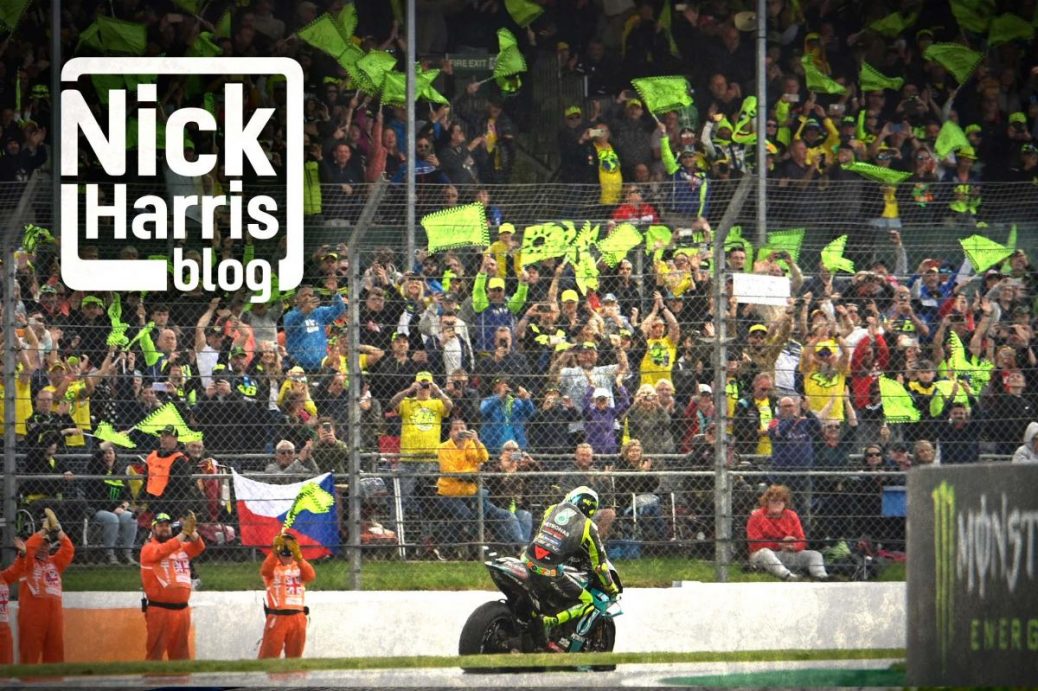 All that hassle was worth it in one precious moment when I understood exactly why I was there. Even before my alarm went off, I could hear the bikes racing down the nearby A420. As we slowly but surely edged our way nearer and nearer to the entrance I remembered those Sandwiches my mum always lovingly prepared for lunch on race days. Even before he’d arrived down at Stowe corner on his sighting lap our grass bank at Vale had turned into a sea of yellow. Number 46 was getting the send off he deserved from the success-starved loyal British fans who had adopted him as one of their own a long time ago. Every time Jake Dixon appeared in last place in the 20-lap race on a decent MotoGP™ debut they stood and cheered his considerable efforts. Valentino Rossi arrived on his slowing down lap, his last ever lap in Britain and at Silverstone.