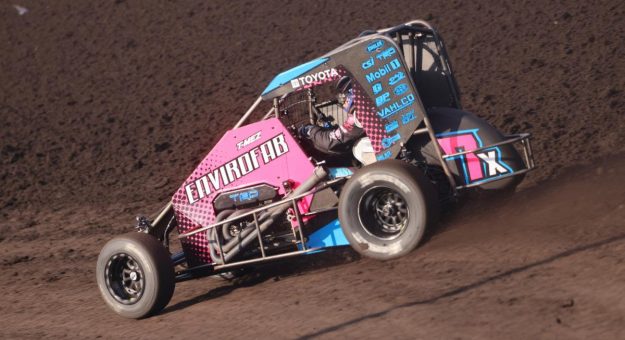 — The USAC NOS Energy Drink Midget National Championship will share the bill with the USAC AMSOIL Sprint Car National Championship for three nights of racing at Huset’s Speedway this weekend. Nights one and two will feature 30-lap USAC National Midget main events, paying $5,000-to-win. USAC NOS Energy Drink National Midgets have competed in the state of South Dakota just nine times in the 67-year history of the series. Kofoid’s three Huset’s midget starts last year resulted in a fourth on night one, a thirdrd on night two and a second on night three. Meseraull won the opening night feature during last year’s Huset’s Speedway USAC Nationals and he’ll be in the field this weekend. The 2020 USAC Silver Crown champ, and three times a 2022 USAC National Midget victor, scored a best of sixth at Huset’s on night two in the inaugural 2021 edition.