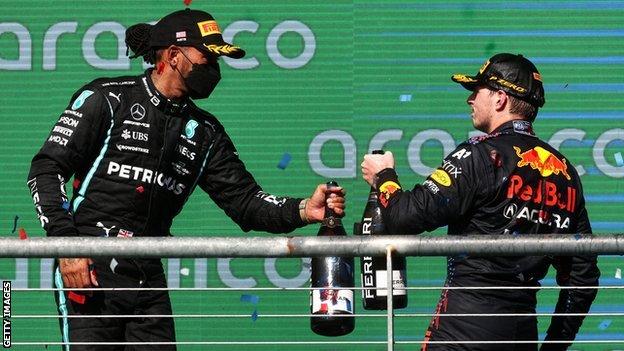 US GP: one of the best title battles for years heads into its climax.

Jumping Verstappen at the start was the only way Hamilton could have had a chance to win the race. After a few laps easing his tyres in, Hamilton started to take big chunks out of Verstappen’s lead. It was an expertly managed race by both driver and team, and a thoroughly deserved win for Verstappen. “I think the Red Bull was faster on the medium [tyre] and Mercedes was the faster race car on the hard,” he said. The obvious question is whether Mercedes should have stopped before Red Bull in the first stint. The official line from both Red Bull and Mercedes is to play this down.