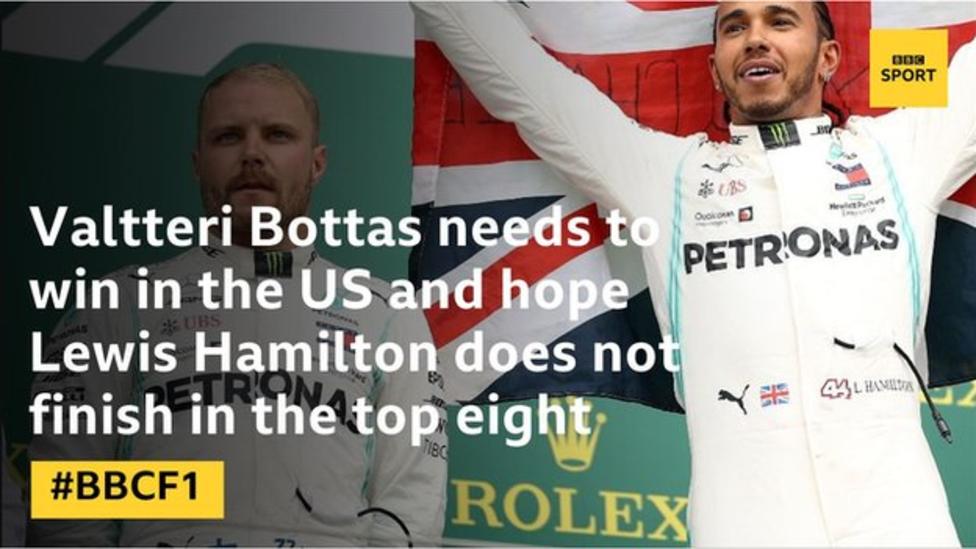 Mercedes’ Valtteri Bottas took pole for the United States Grand Prix as Lewis Hamilton could manage only fifth as he stands poised to seal the title.
Bottas headed Ferrari’s Sebastian Vettel, Red Bull’s Max Verstappen, Ferrari’s Charles Leclerc and Hamilton in a very closely contested session.
Bottas was just 0.012 seconds ahead of Vettel as 0.108secs covered the top four.
Bottas ends a run of six consecutive pole positions by Ferrari stretching back to the Belgian Grand Prix at the end of August.
And it was an unusual turnaround for Hamilton, who had beaten Bottas in the first two sessions.