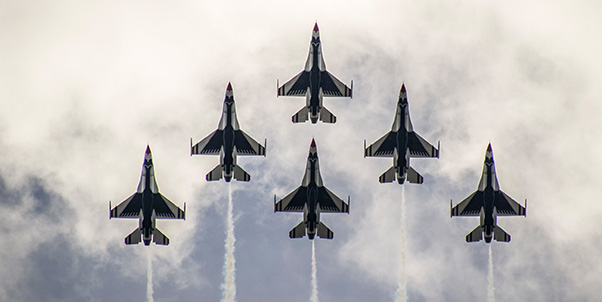 INDIANAPOLIS – The U.S. Air Force Thunderbirds will perform the pre-race flyover for the 104th Indianapolis 500 presented by Gainbridge on Sunday, Aug. 23 at the Indianapolis Motor Speedway. “It’s a great privilege for IMS to welcome the United States Air Force Thunderbirds for the pre-race flyover for the 104th Indianapolis 500,” IMS President J. Douglas Boles said. The Thunderbirds feature six F-16 Fighting Falcons, the Air Force’s premier multi-role fighter aircraft. The Thunderbirds typically perform hour-long aerial demonstrations at air shows across the United States from March to November but most of their performances are canceled this year due to the coronavirus. “Supporting the Indy 500 is a great honor for the team and Air Force,” said. 1, Thunderbird commander and lead pilot; Major Trevor Aldridge, Thunderbird No.