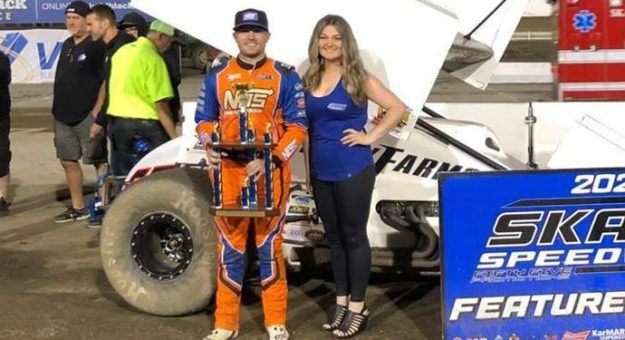 ALGER, Wash. — It didn’t take long for Tyler Courtney to get acquainted with Skagit Speedway. Up ahead of them Day began to reel in Courtney in traffic as the race hit the halfway point, even making a couple moves to try and get next to Courtney but not having the momentum to pull alongside. Day bounced off the cushion on the exit of turn four, getting himself out of shape and allowing Courtney back by down the frontstretch. Day refused to go down easy though, launching his car ahead of Courtney as the pair entered turn one. Courtney again crossed over and slid ahead of Day in turn three, and Day couldn’t quite find them momentum to try his own crossover. One last opportunity arose for Day with just nine to go as Courtney scrubbed some speed passing a slower car.