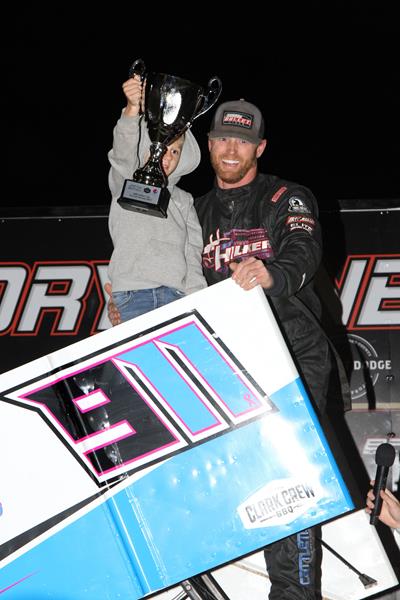 DODGE CITY, Kansas (April 25, 2021) – The Drive to Zero POWRi United Rebel Sprint Series Presented by Mel Hambelton Ford Racing kicked off their season atop the 3/8-mile semi-banked clay oval of Dodge City Raceway Park on Saturday. Ty Williams and Connor Atkinson set the pace for the 30-lap feature event. The start saw Ty Williams out to the early lead ahead of Atkinson, but not without some heat from Jeremy Huish and Luke Cranston. On lap three, Huish would get past Atkinson, and lap four saw Cranston foregoing Atkinson and Huish to take the second position. A restart saw Williams, Huish, Blurton, Atkinson, and Herbert sitting within the top-five. A late-race restart on lap 27 saw Williams, Huish, Velasquez, Blurton, and Atkinson in the top-five.