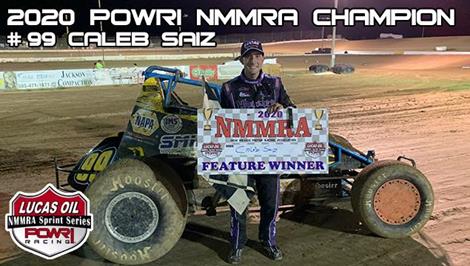 (11/20/2020) Uncertainty would linger all season as Caleb Saiz and Hal Burns Racing were able to make the most out of the 2020 racing season in the land of enchantment, scoring their second POWRi Lucas Oil New Mexico Motor Racing Association Non-Wing Sprint Car Championship in just three years. This year, we didn’t really know what was going to happen. 99 team, as they would find victory lane early in the restarted season at Alien Motor Speedway for the inaugural race for non-wing sprint cars at the facility. This was a weird year for me; it was the year that I tore up the most stuff.