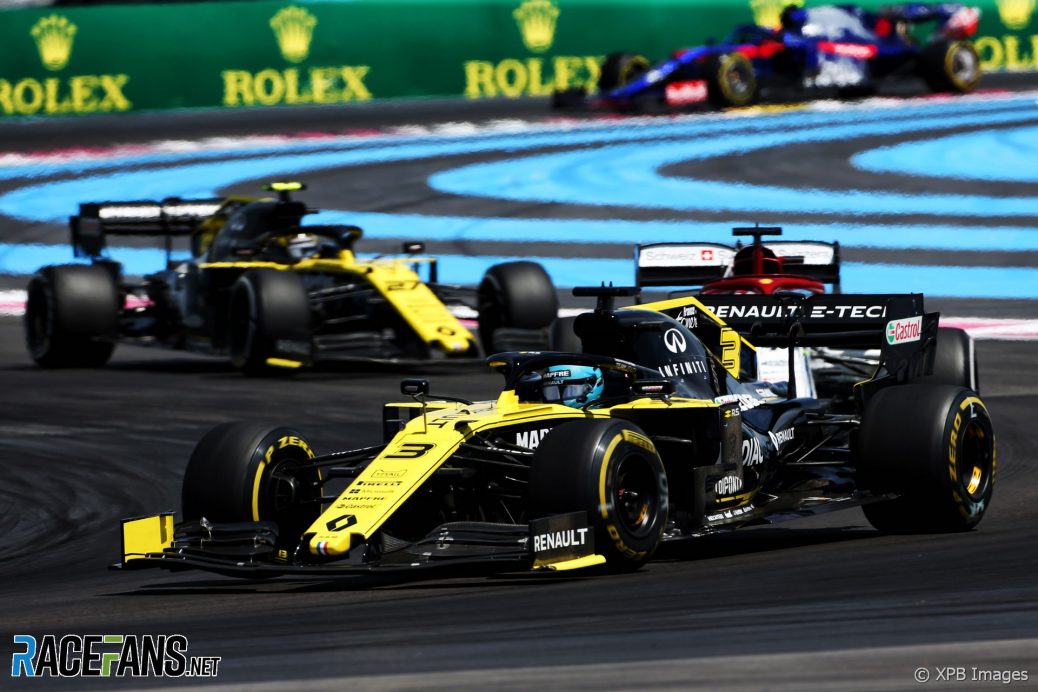 Daniel Ricciardo has been relegated to 11th place in the French Grand Prix after being given two five-second time penalties.
The stewards ruled Ricciardo left the track and rejoined it unsafely, forcing Norris off the racing line,.
“Following the incident at turn eight with Norris, Raikkonen managed to pass both Norris and Ricciardo.”
“Ricciardo, who by then had regained control of his car then chased Raikkonen from turn 9 and subsequently passed Raikkonen.”
“However, Ricciardo clearly had regained control of the car following his incident with Norris and the pass off-track was a separate incident.”