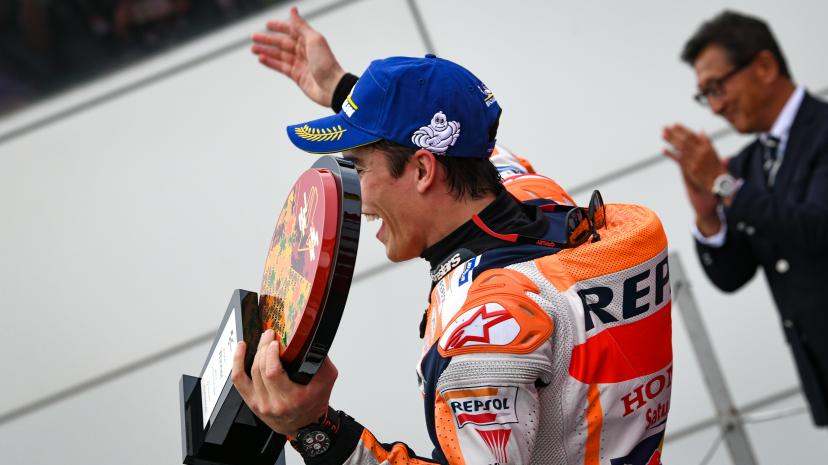 Two down, one to go: Honda claim 2019 Constructor crown

Marquez’ Japanese GP victory sees Honda collect their fourth consecutive title, as the triple crown edges closer.
Thanks to Marc Marquez’ (Repsol Honda Team) 10th victory of the season, Honda have been crowned 2019 Constructors Champions for the fourth consecutive year.
However, Honda have dominated in the last nine campaigns, claiming top manufacturer honours in 2011, 2012, 2013, 2014, 2016, 2017, 2018 and now in 2019, only missing out to Yamaha in 2015 when now-Honda rider Jorge Lorenzo claimed the MotoGP™ crown.
Repsol Honda Team are just 17 points behind Ducati Team in the Team standings, largely down to Marquez’ simply sensational season, with three races to contest.