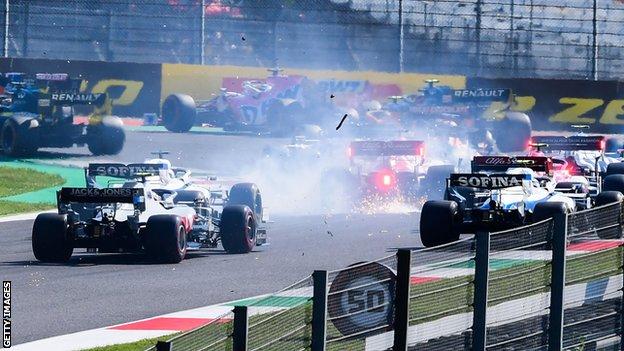 The race was packed with crashes, overtakes and incidents – with three safety car interventions and two red flags. “It was certainly not a dull race,” the Australian added. At the chequered flag, just 12 of the 20 drivers were still running – some of those in bent and bruised cars. The race had also taken nearly two and a half hours to complete. “It is phenomenal this track, they really don’t make tracks like this anymore,” Hamilton had said at the start of the race weekend. There is no doubt that Mugello lived up to its reputation on its F1 debut.