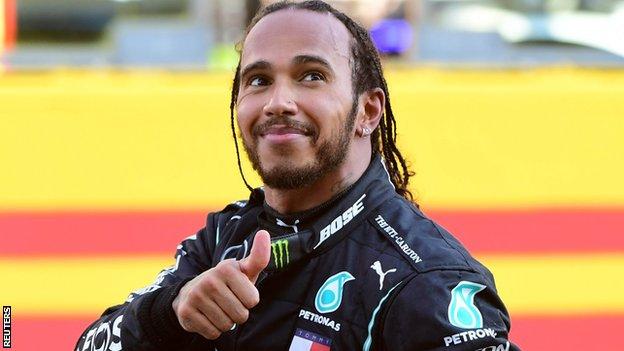 The race was punctuated by two red flags, the first caused by a pile-up on the pit straight, the second by a high-speed crash for Lance Stroll. In one of the most dramatic races for years, six cars had retired before a lap of racing had completed. Red Bull’s Thai-British driver Alex Albon took a maiden podium in third. That led to a safety car, and at the restart, as Bottas bunched up the field down the pit straight, there was a massive crash towards the back of the field. At the restart, the positions of the Mercedes drivers was reversed. Hamilton drafted Bottas down to Turn One and took the lead around the outside, controlling the race from there. That led to a second red flag, to repair the barrier. At the restart, with just 12 laps remaining, Bottas again got away slowly and lost second place to Ricciardo. The start was really good and I managed to hold my position at the safety car restart.