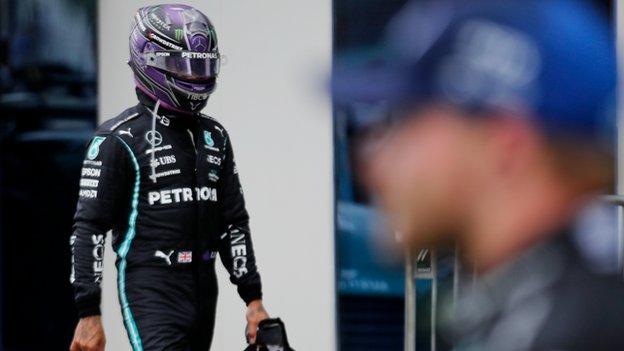 Turkish Grand Prix: Should Lewis Hamilton have stayed out?

Should Hamilton have stayed out to the end, gambled that his tyres would stay together and he could hold on to third? When Perez pitted on lap 37, he was fighting to hold off Hamilton for fourth place. Hamilton could see Verstappen just three seconds in front of him and both lapping at around the same pace – and he and Leclerc were thinking of staying out to the end. Still Hamilton stayed out, but by now Mercedes believed the game was up. Hamilton eventually pitted from third place on lap 50, with eight to go. At the time, he was lapping a second slower than Perez, but had a 12.5-second lead.