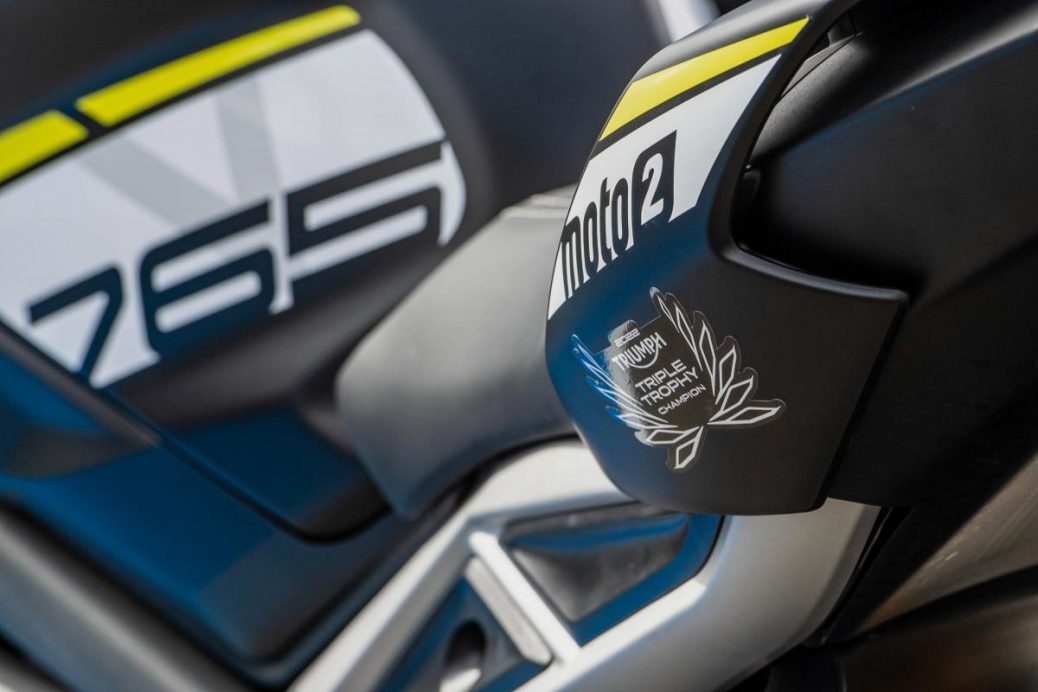 The Qatar Grand Prix marked start of the fourth Moto2™ season powered by Triumph’s 765cc triple and also kicked off the 2022 Triumph Triple Trophy, with a renewed points structure introduced this season. The Triumph Triple Trophy recognises that there are more success stories during a GP weekend than simply the race victory, and the updated scoring is designed to reflect the incredible close nature of the competition in Moto2™. The winner – the rider who has achieved the greatest number of points throughout the season – will be awarded a Triumph Street Triple RS motorcycle which is powered by the 765cc triple engine from which the Moto2™ powerplant is derived. To highlight the closeness and intensity of racing the Triumph Triple Trophy scoring has been changed this year to reward the rider who makes the biggest improvement from their qualifying performance to their final position in the race. The Triumph Triple Trophy is a great way to reward riders who have put in an impressive Sunday, and the Street Triple RS is an impressive prize. We look forward to many more seasons of high calibre racing with Triumph!”. The Triumph Moto2™ 765cc race engine is a development of the class-leading Street Triple RS 765cc road motorcycle and produces more than 140PS and the same visceral soundtrack.