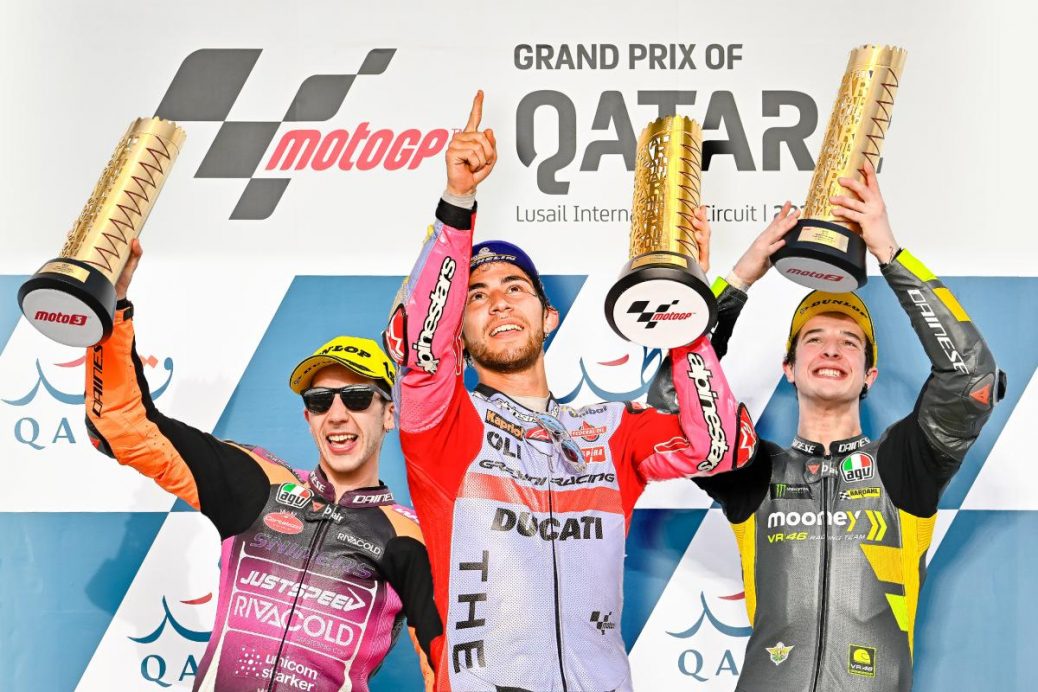 Tripletta: Post-Rossi era starts with a bang for the Azzurri

Back at the 1996 Malaysian Grand Prix, the motorcycling world was welcoming a charismatic young Italian named Valentino Rossi into the Grand Prix fold whilst also witnessing an Italian hat-trick on the opening weekend for only the third time in history. Valentino Rossi recounts his debut year in the World Championship as he celebrates a quarter century in the Grand Prix paddock. It was a night to savour for the Azzurri as you have to go back three and half years for the last time Italy took a clean sweep at any Grand Prix. He also becomes only the third Italian in premier class history to win in Qatar after Valentino Rossi and Andrea Dovizioso. He also made sure it was the first time two VR46 Academy riders were victorious since Vietti and Marco Bezzecchi’s successes at the 2020 Styrian Grand Prix.