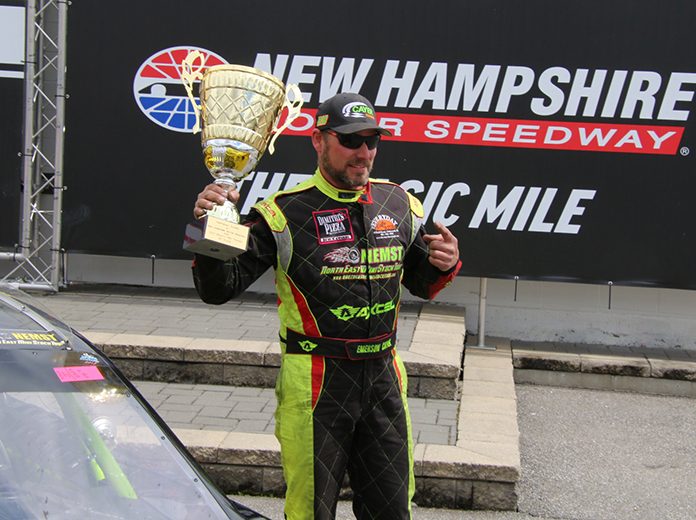 LOUDON, N.H. – Emerson Cayer recovered from a stumble on a late-race restart to win the 20-lap North East Mini Stock Tour feature that was part of the undercard during the Northeast Classic Sunday at New Hampshire Motor Speedway. When the event when back green, Cayer was slow to get up to speed and fell to fourth. Cayer would lose ground on the long straightaways, but make it all back and then some in the turns. As the field took the white flag, Cayer was back up to second, and he went to the outside of Skillings in turns one and two. After Ferreira held off a brief challenge from Ryan Vanasse for second, his truck suddenly came to life. Boyle parried Vanasse’s charges to take the second spot while Vanasse completed the podium.