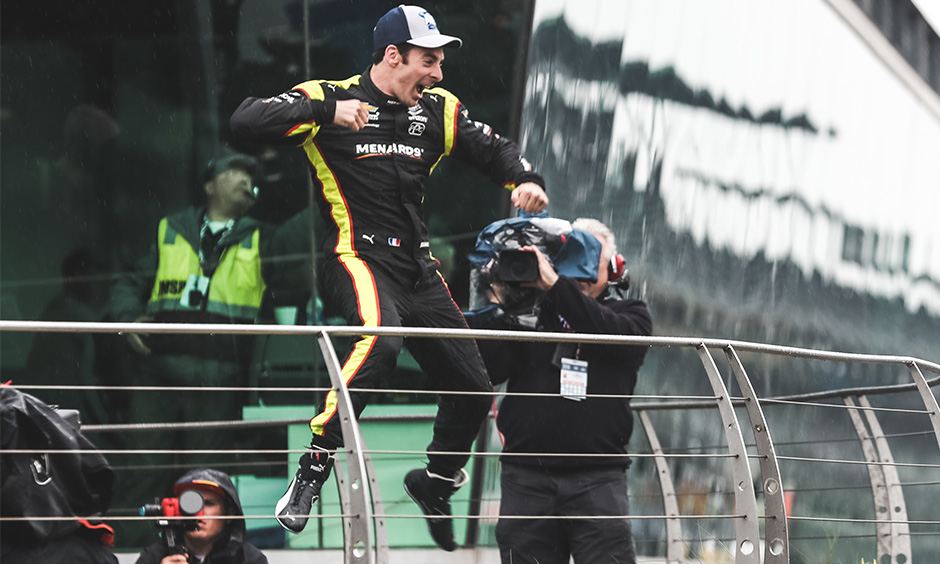 Pagenaud and Power have been dominant in those drives, too, winning five of the six races by an average of 3.11 seconds.
Second, second, second: Appropriately, Scott Dixon of Chip Ganassi Racing stands second on the sport’s all-time list for runner-up finishes – he has 46, only 10 behind Mario Andretti for the record — and three of those seconds have come in the past three road races at IMS.
He’d dearly love a first-time victory on the IMS road course.
The start of the first IMS road race: In 2014, INDYCAR used standing starts at some events, including this one, which was noteworthy.