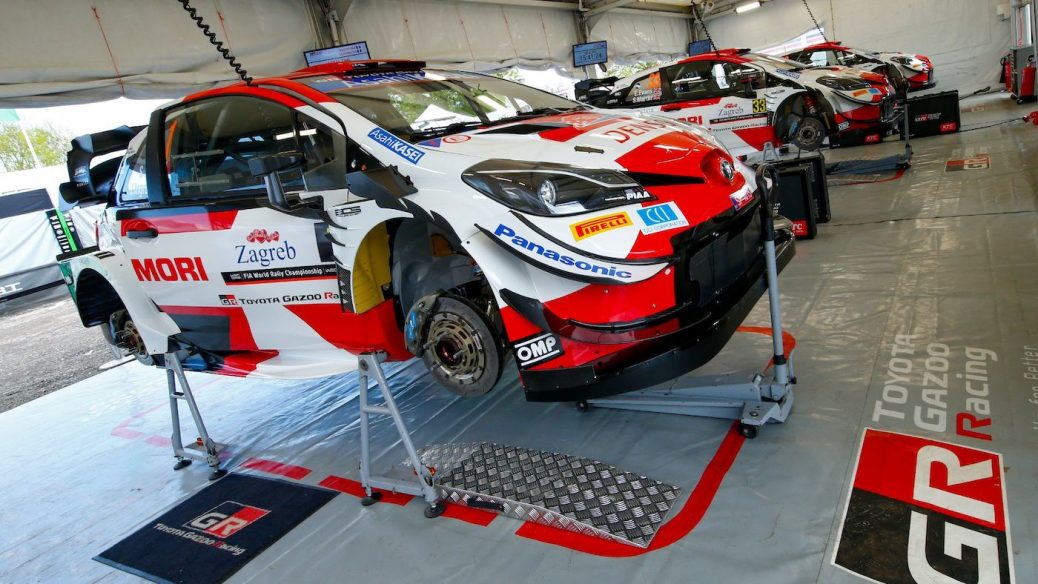 Toyota Gazoo Racing will run a more powerful latest specification engine aboard its factory Yaris World Rally Cars at next week’s Vodafone Rally de Portugal (20 – 23 May). “Logistically,” said Toyota technical director Tom Fowler, “Portugal was more straightforward for the engine than Croatia, but we’ve actually had the work done for a while. “There’s more power with the engine definitely giving more horsepower,” he added. “This isn’t the sort of thing you normally consider as an upgrade or an evolution,” he said, “but Toyota’s work to manufacturer the complete engine is something we’ve looked to do for a while. Toyota won the last running of Rally de Portugal in 2019 with Ott Tänak.