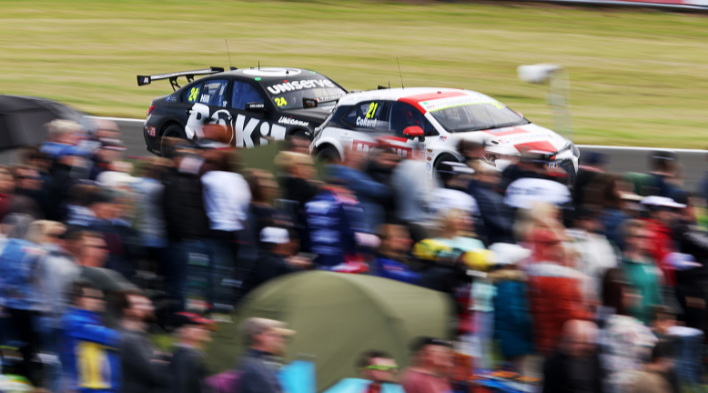 Rory Butcher and Ricky Collard battled to a trio of top-ten finishes apiece for Toyota GAZOO Racing UK in the Kwik Fit British Touring Car Championship at Oulton Park last weekend (11/12 June), as the Speedworks Motorsport-run squad celebrated a bumper points haul on home turf.The British-built Toyota Corolla GR Sport proved its pace in qualifying, although neither driver’s session was without drama. “Oulton Park is always a busy and exciting event for us, with family and friends coming along to support,” said Team Principal Christian Dick. Race one marked the first time this year that both cars had finished inside the top ten, and to repeat the feat in races two and three in such a tough championship was a superb effort and real credit to every single member of this team. Still, a third straight top-five result was a good way to finish the weekend. “Oulton Park is such a cool circuit and one that has always been good for me. “Race two was a similarly solid result, and from third on the grid, I went into race three with the aim of ‘sending’ it big style so it was such a shame to pick up a penalty because it could have been a podium finish.