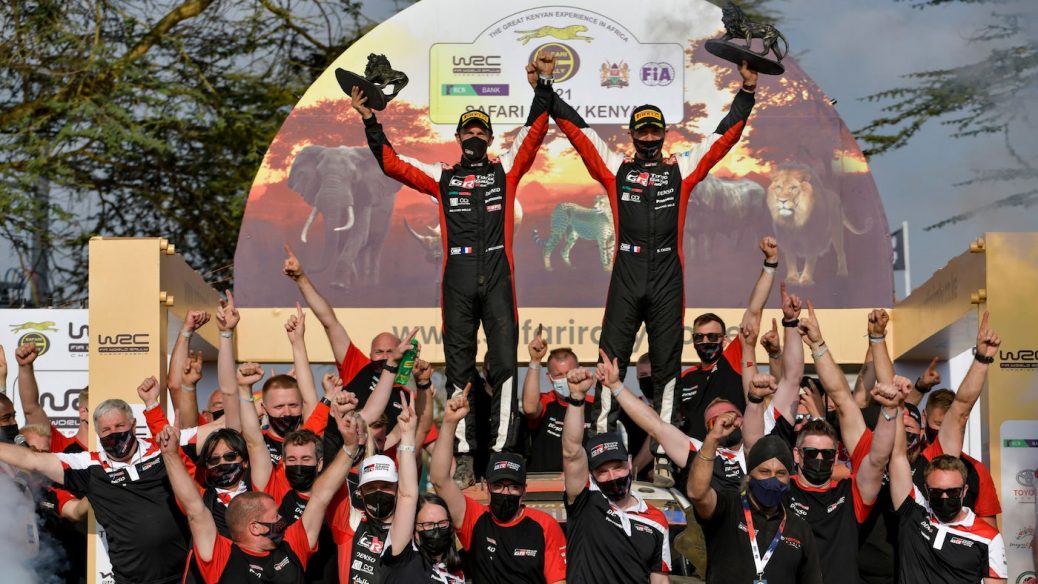 Members of the Toyota Gazoo Racing squad have expressed their delight after recording a Yaris 1-2 finish at last weekend’s Safari Rally Kenya. With similar results in Monte-Carlo, Croatia and Sardinia, it’s been a dream season so far for Toyota team principal Jari-Matti Latvala. First-time podium finisher Takamoto Katsuta fought off food poisoning at the start of Safari Rally Kenya week that almost … “We were thinking that we could maybe get one car on the podium.”. Team founder Akio Toyoda was equally impressed – especially with the drive from home-grown talent Katsuta. There are six rallies left in this season, and the last one is Rally Japan.