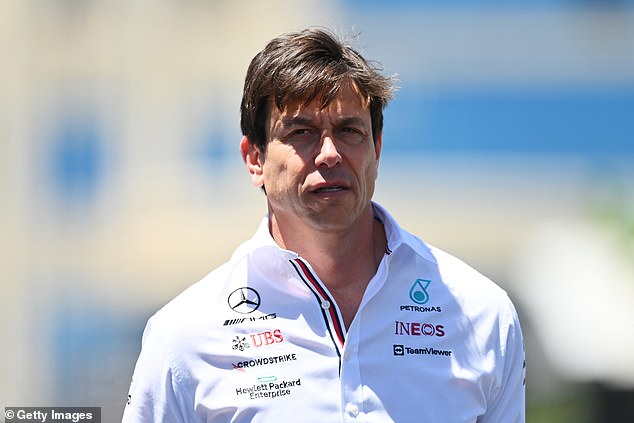 It has emerged that the technical directive which caused uproar in the paddock this weekend was overseen by Toto Wolff’s former personal lawyer, Shaila-Ann Rao. She moved to the FIA only last month, taking up her post following her departure from the world champion team. Her appointment has raised some eyebrows among Mercedes’ rivals, with Ferrari team principal Mattia Binotto saying in Baku last week: ‘Certainly, it’s a concern. A fierce row erupted at the team principals’ meeting on Saturday between Wolff on one side and Binotto and Red Bull’s Christian Horner mostly united on the other. One observer accused Wolff of losing ‘his s***’ during the debate. All of the cars, not just Mercedes, suffered in some way in Baku (last week).