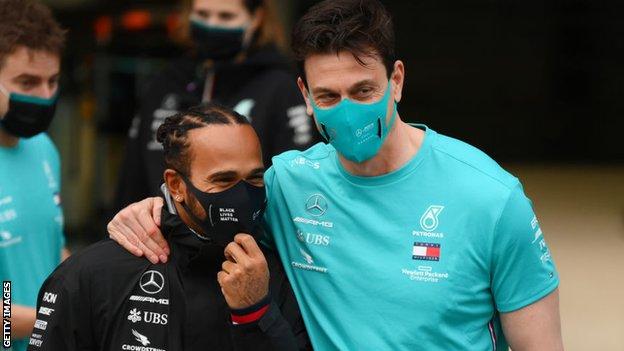 Wolff added he was still in the process of negotiating a new contract with seven-time champion Lewis Hamilton to race on with Mercedes this year – and was confident it would be concluded before the start of pre-season testing in Bahrain in March. “The lawyers are working hard,” Wolff said at the Kitzbuhel downhill ski race. Wolff said the strong performance of George Russell when he stood in for Hamilton after the Briton contracted Covid-19 before the penultimate race of the season had not played a part in the talks. A record 23-race season is scheduled but Domenicali told Sky: “I’m personally speaking on a daily basis with all the organisers,” he revealed.