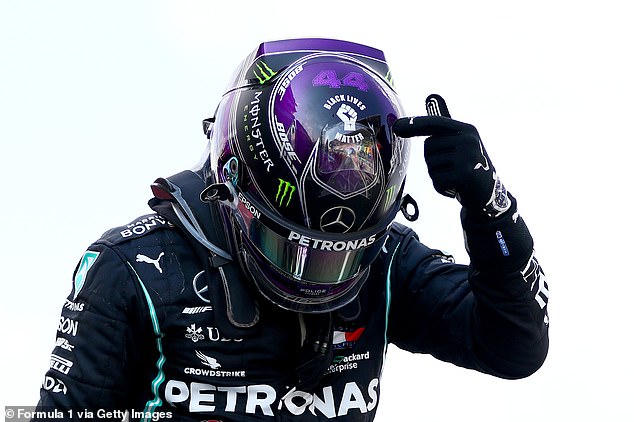 Lewis Hamilton’s anti-racism drive has motivated him to finish his career as the greatest Formula One driver of all-time, Toto Wolff has claimed. Hamilton, who has taken a knee before every race this season, pointed towards the Black Lives Matter logo on top of his helmet as he celebrated Sunday’s win in Spain. Lewis Hamilton’s anti-racism efforts have made him a better driver, Toto Wolff has claimed. The Mercedes chief believes Hamilton may use the fight against discrimination as motivation. Hamilton had worn a Black Lives Matter t-shirt and again took a knee before winning in Spain. Hamilton wore a Black Lives Matter T-shirt as he knelt ahead of the sixth round of the championship.