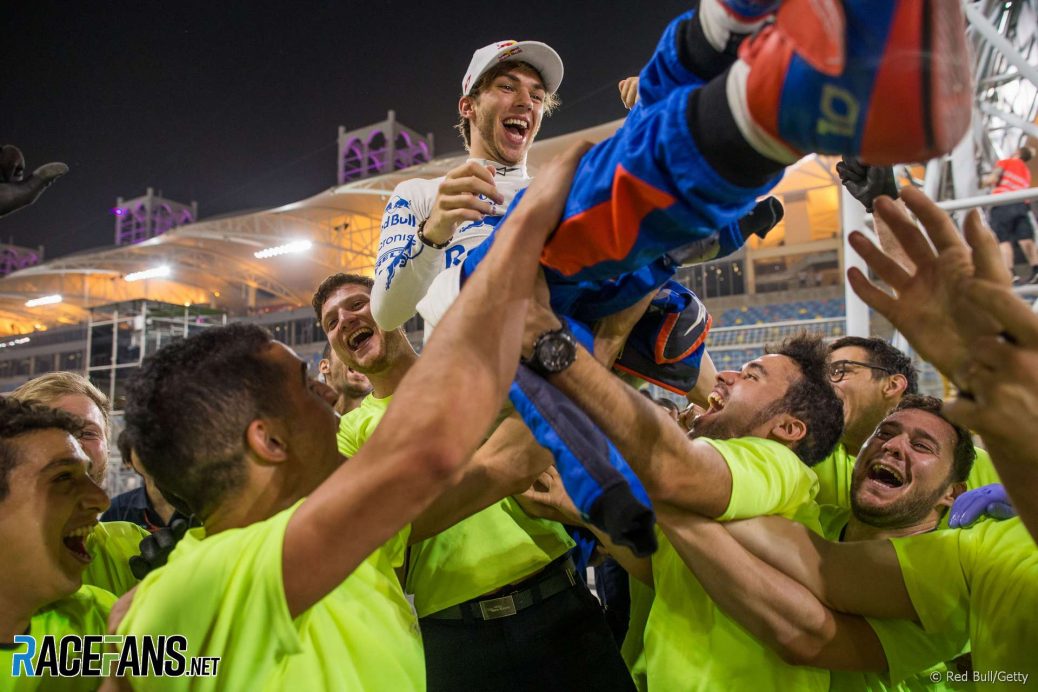 Toro Rosso has always been Red Bull’s ‘kindergarten’ for new drivers, but in 2018 they took on an additional role: testing the Honda power units which the senior team will use for the 2019 F1 season.
Before the season started some believed the Red Bull family were too optimistic about the potential of the Honda power unit.
It was the team’s best finish of the season and Honda’s best result since they returned to F1 in 2015.
Despite Honda’s undoubted improvement compared to their time with McLaren, the Toro Rosso-Honda still wanted for reliability, covering fewer racing laps than any other team on the grid.