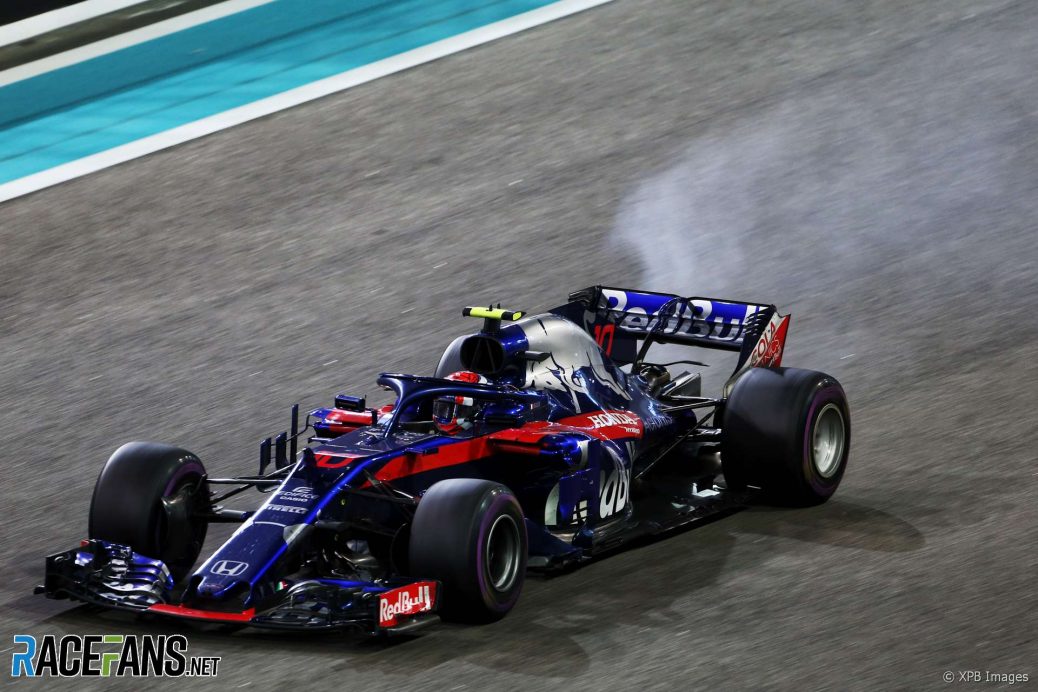 Race control told Toro Rosso to stop Pierre Gasly’s car as it sprayed oil around the track during the Abu Dhabi Grand Prix.
Gasly eventually retired due to the oil leak from his Honda power unit.
“We asked the team to make him stop,” said Charlie Whiting.
“The last few laps were not that easy as there was a Toro Rosso leaking oil onto my helmet,” Max Verstappen said.
Esteban Ocon also retired while oil was leaking from his car, but Whiting said they weren’t concerned about a potential build-up of oil on the track.