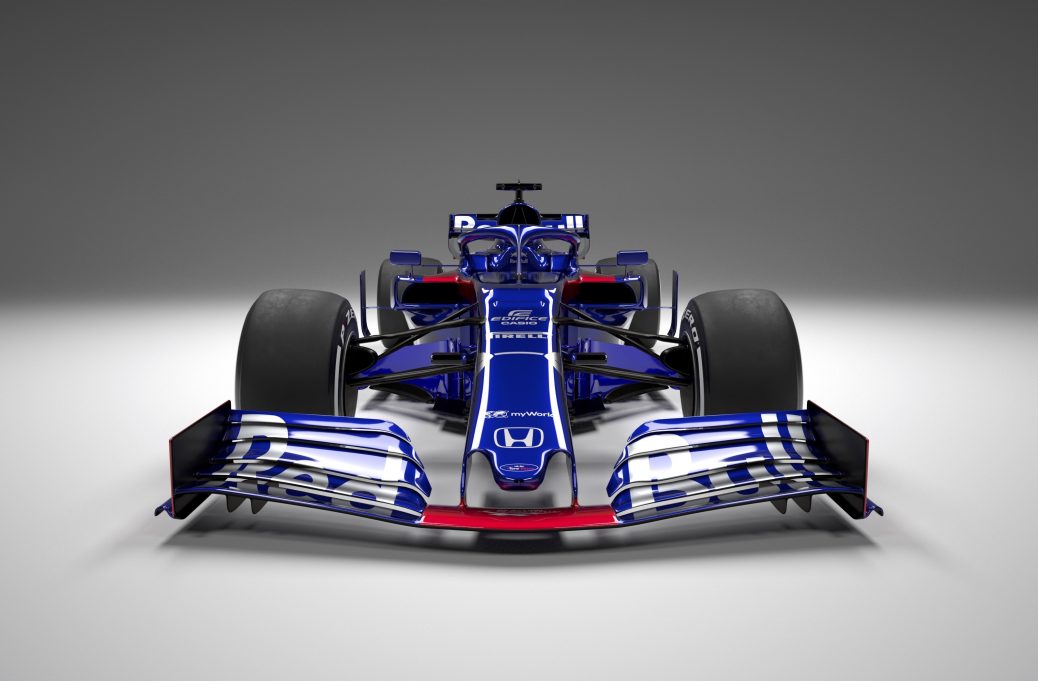 Toro Rosso becomes the second F1 team to reveal its 2019 challenger in an online launch ahead of the new season.
Toro Rosso heads into the second year of its engine partnership with Honda looking to improve on its ninth-placed finish in the 2018 constructors’ championship, having been encouraged by the Japanese manufacturer’s gains towards the latter stages of last season.
Honda’s progress was enough to convince the Red Bull senior team to follow Toro Rosso’s lead by switching power unit suppliers for the upcoming campaign, with Pierre Gasly being drafted in to replace the Renault-bound Daniel Ricciardo.