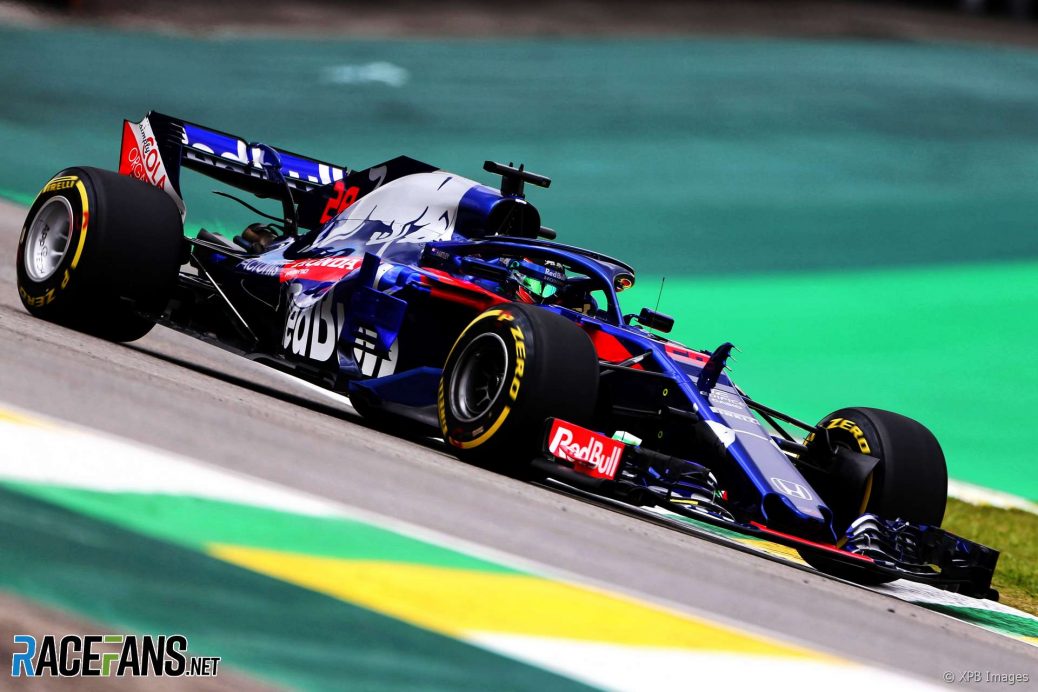 Toro Rosso are over two seconds per lap faster at Interlagos compared to last year with the latest ‘spec three’ Honda power unit.
Red Bull have been talking up Honda’s performance since announcing their switch to the Japanese power units for next season.
On Thursday Max Verstappen insisted Honda’s improvement “also shows in the numbers.”
Only Sauber has made a bigger lap time improvement compared to Toro Rosso year-on-year at Interlagos.
The only other venue where Toro Rosso made this much progress relative to their rivals was at Suzuka, where they ran Honda’s latest power unit in qualifying for the first time.