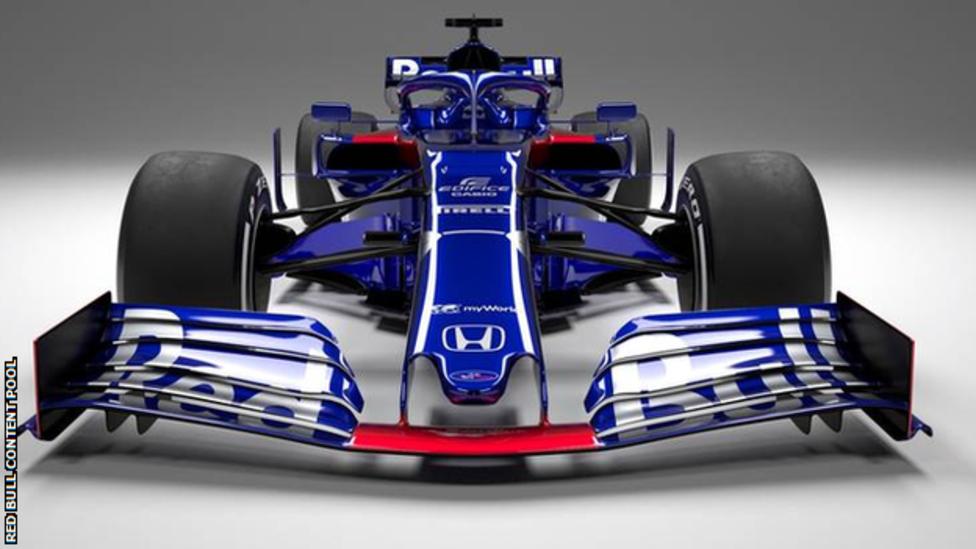 Toro Rosso have unveiled their 2019 Formula 1 car, saying it owes a lot to last year’s Red Bull.
Tost said the new Toro Rosso, called the STR14, features a lot of parts bought from Red Bull that were on the car which finished third in the constructors’ championship and took four wins.
Franz Tost said the new arrangement – which Toro Rosso last used in 2008, when it effectively had an entire car from Red Bull before that practice was banned – would “leave more time for our technical working groups to focus more on the details”.