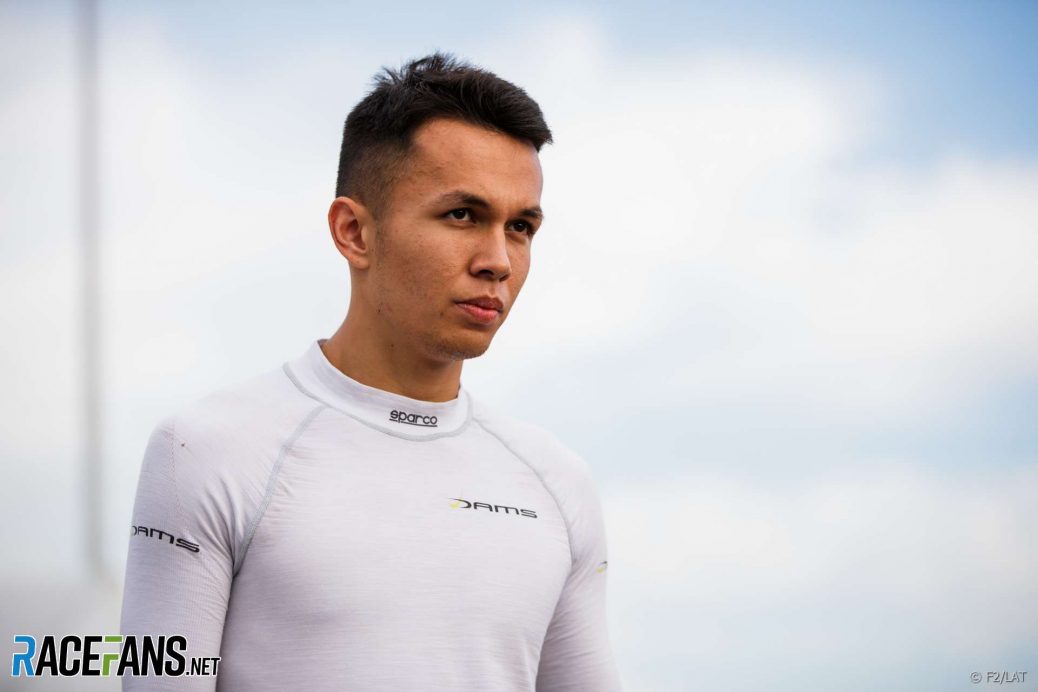 Alexander Albon will replace Brendon Hartley at Toro Rosso next year, the team has confirmed.
Albon had originally signed to drive for Nissan in Formula E.
Like Hartley, Albon is a former Red Bull Junior driver who has been recalled to join their Formula 1 programme.
After being dropped by Red Bull, Albon moved into GP3 in 2016 and finished runner-up to champion Charles Leclerc.
Albon will join Daniil Kvyat at Toro Rosso next year.
Team principal Franz Tost said Albon “had an impressive Formula 2 season in 2018.