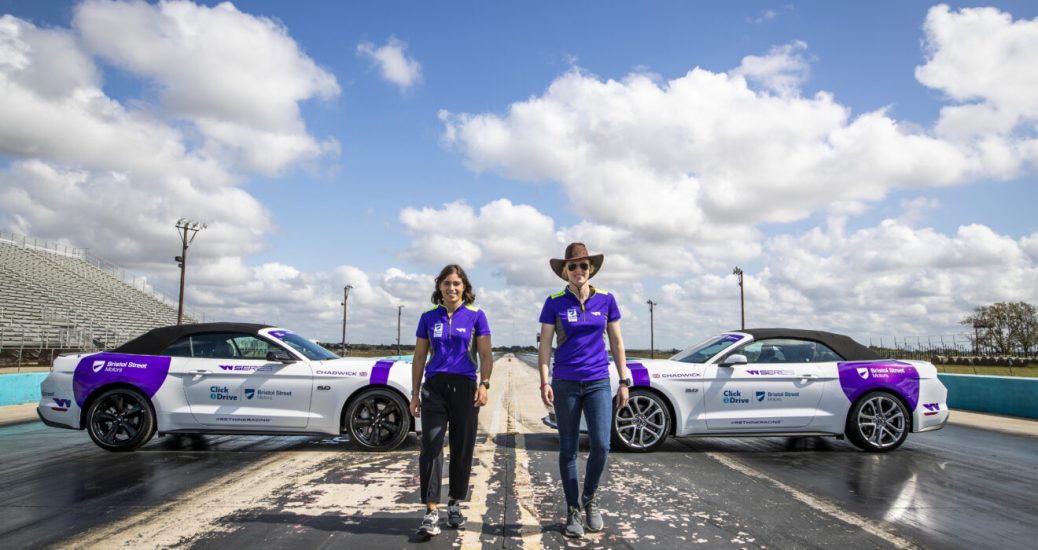 W Series drivers Jamie Chadwick and Alice Powell – whose gripping title battle came to a dramatic conclusion at the final round of the 2021 season at the Circuit of the Americas last month – have gone head-to-head in a drag race challenge at the Alamo City Motorplex, Texas, USA. The British rivals drove Ford Mustang racing cars with Bristol Street Motors and Click2Drive branding. “While going to Austin was about our final two races of the season, which were shown in the UK on a Bristol Street Motors-sponsored programme, it was a lot of fun doing the drag race for them in America. “With a nail-biting climax to the season, the Bristol Street Motors sponsorship of Channel 4’s coverage of W Series has been very successful, and to see a British champion crowned was fantastic. Click2Drive, brought to you by Bristol Street Motors, is a buy online platform, which offers a fully online buying experience.