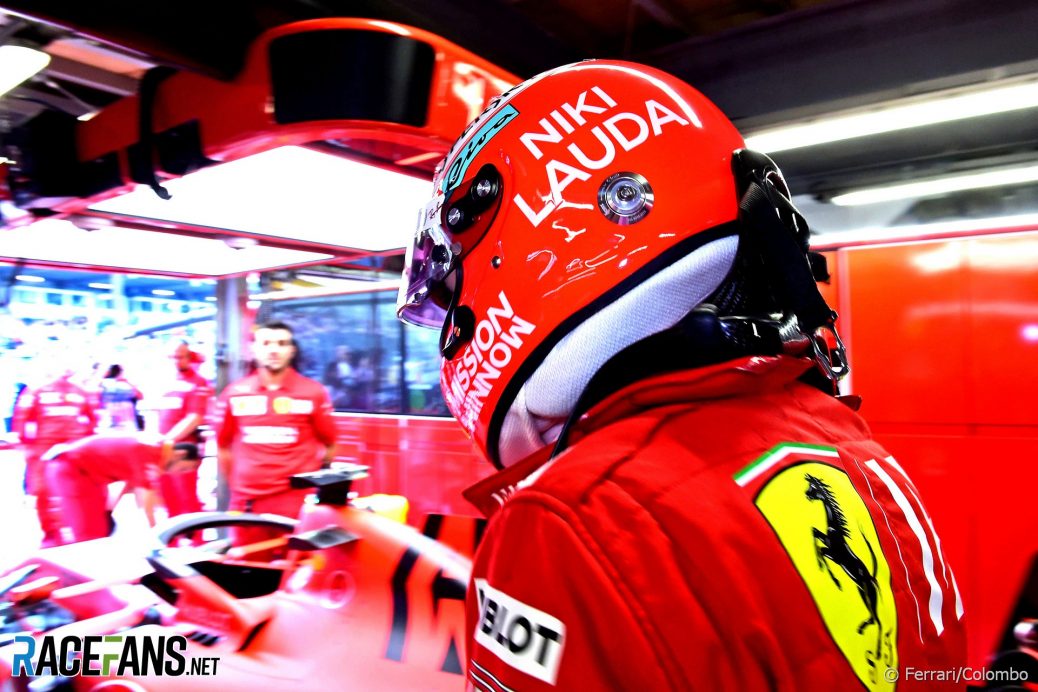 Ten of the best pictures which tell the story of the 2019 Monaco Grand Prix weekend.
Sebastian Vettel produced a replica Niki Lauda helmet for the race weekend; Lewis Hamilton had one in time for the race.
Hamilton ‘did a Helio’ after beating Valtteri Bottas to pole position.
While Hamilton kept his lead at the start, Leclerc took to the run-off to avoid hitting Romain Grosjean.
Max Verstappen was on course for second when Red Bull released him from the pits fractionally ahead of Bottas.
Unfortunately he squeezed Bottas too much and got a penalty.
Browse all 2019 Monaco Grand Prix articles.