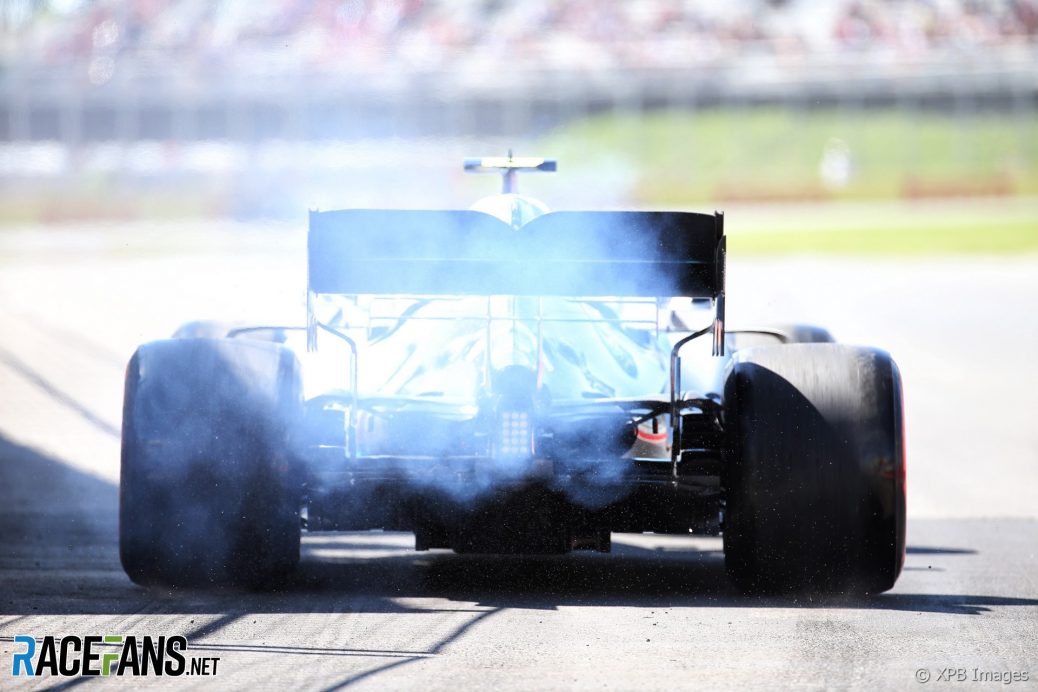 Ten of the best pictures which tell the story of the 2019 Canadian Grand Prix weekend.
He bounced back in the race, however, grabbing points for ninth place.
Sebastian Vettel was thrilled with his first pole position for 17 races on Saturday, but that proved the high point of his weekend.
Vettel resisted Lewis Hamilton at the start but further back part of Alexander Albon’s front wing landed in the cockpit of Romain Grosjean’s Haas.
Hamilton took the chequered flag in second place but won the race.
Canadian Grand Prix – your pictures and video.
Browse all 2019 Canadian Grand Prix articles.