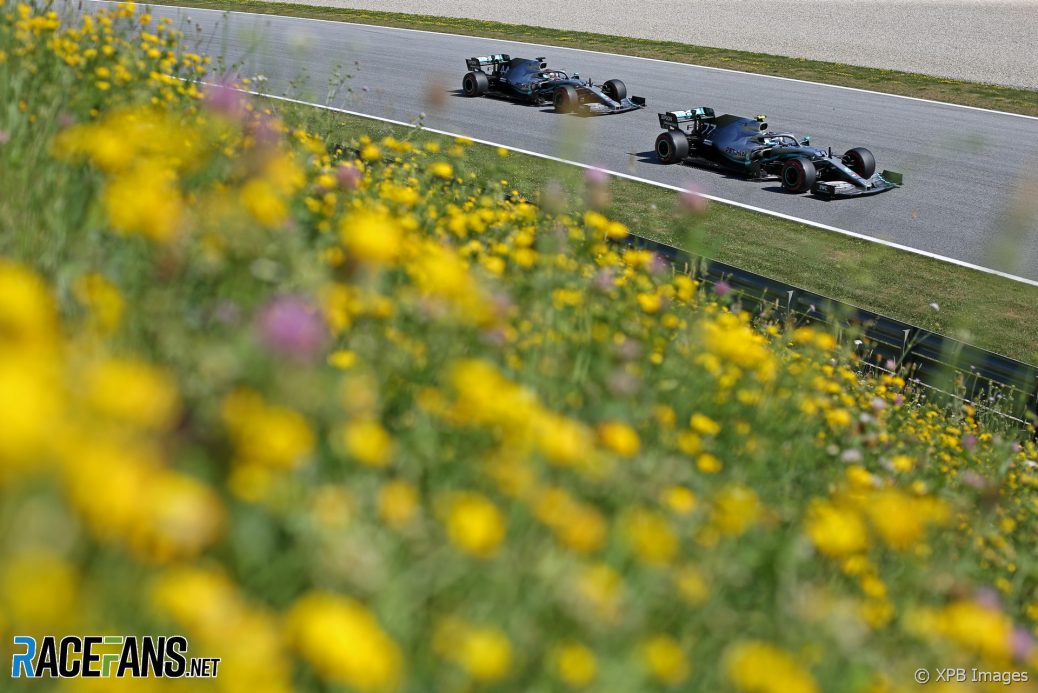 Ten of the best pictures which tell the story of the 2019 Austrian Grand Prix weekend.
…Max Verstappen put his Red Bull in a wall….
While Verstappen bogged down from second, Lando Norris briefly nosed ahead of Lewis Hamilton for third.
Haas’s problems worsened: Kevin Magnussen found himself fighting with the Williams drivers.
Verstappen fought back superbly and a firm move on Leclerc with three laps to go sealed a remarkable win.
Red Bull’s second consecutive win in their backyard went down well with the local fans and Verstappen’s orange army.
Browse all 2019 Austrian Grand Prix articles.