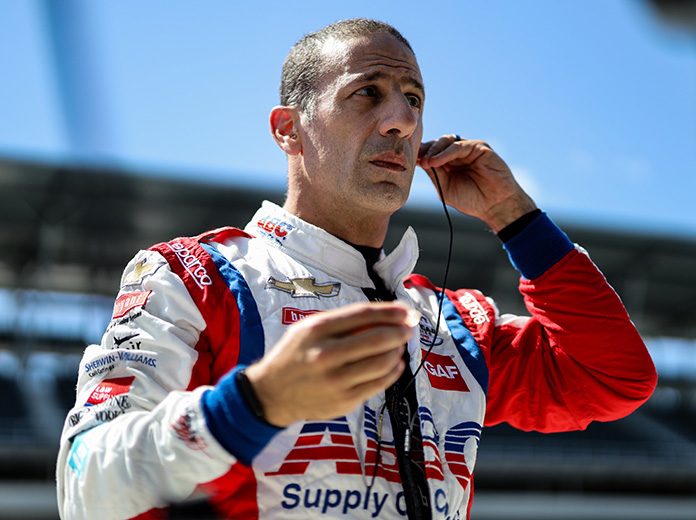 MOORESVILLE, N.C. – The NTT IndyCar Series doesn’t have a green, white, checkered flag rule, but Tony Kanaan’s career is about to enter overtime. Kanaan, the 2004 NTT IndyCar Series champion, 2013 Indianapolis 500 winner and a 17-time IndyCar race winner, has added two more seasons to his career that was originally set to conclude in 2020. Kanaan will drive in the four oval races on the schedule, with Johnson driving in the road and street course races. 48 for Johnson, NTT Data, Bryant’s Heating and Cooling, 7-Eleven and Big Machine are back to support Kanaan’s races in the No. “If it wasn’t for them and Chip, obviously this would not have happened,” Kanaan said. “I would say probably if it wasn’t for the pandemic, I wouldn’t probably have changed my mind,” Kanaan explained. With Johnson’s seven Cup championships in NASCAR and Kanaan’s 2004 IndyCar title, the No.